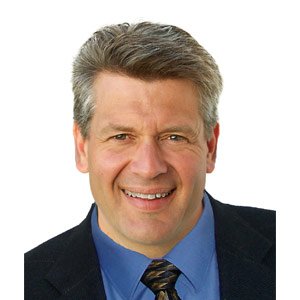 Larry received his Master’s degree in Counselling Psychology from Providence and has gone on to be recognized as a certified professional counselor with PACCP. Larry understands anxiety from both sides of the fence. As a long-time sufferer, he experienced the debilitating effects of anxiety. He now considers it a privilege as a therapist to help others recover as he himself has done. For the past 9 years, he has specialized in working with anxiety disorder and has walked with hundreds of clients through the recovery process.

Larry understands the darkness of depression and anxiety. For him, the despair descended like a black cloud after college while on trip to Europe. A broken heart and a crisis of faith combined to sink him into a despondency from which it took years for him to recover.

Experiencing what was likely a nervous breakdown, Larry endured a myriad of symptoms including panic attacks, chronic fatigue and exhaustion, a constant feeling of being overwhelmed, and difficulty thinking, speaking, forming thoughts and concentrating, which left him despairing of life.

Upon returning to Canada, the flexible hours in the family business are what kept him going as he could barely function and could not otherwise face normal responsibilities.

Being ashamed of mental illness, Larry tried to make sense of his problem by attributing his suffering to spiritual causes alone. This only complicated matters and he suffered additionally through the words and counsel of many well-meaning, yet ill-informed people. He felt that he was somehow being punished and a feeling of impending doom settled in.

Desperately trying to find answers, Larry returned to his studies and completed his first master’s degree. While there he met and married his wife which brought some temporary reprieve from his misery. Larry entered pastoral ministry and soon he and his wife were involved in church planting in Europe, but it was not long before the anxiety and depression set in again. Finding that he could not cope with life in this condition, they returned to Canada where Larry found work that seemed to drain what little emotional energy he had left. Feeling trapped and hopeless, Larry went for counselling and began to rebuild his life.

In time, he continued with his studies and earned a second master’s degree, this time in counselling psychology, which carried him further along the path towards wholeness. In finding answers for himself, Larry has grown to be symptom free from the debilitating effects of depression and anxiety, and has furthermore become skilled in helping others find similar freedom. He also has a growing expertise in helping parents deal with anxiety in their children.

Today, Larry and his wife are mostly finished raising their three sons in rural British Columbia and thoroughly enjoy the outdoors.

"I never thought I could be freed from anxiety disorder." — Tim, USA
"I could not have travelled this far without Larry Rohrick." — Larry C., Canada
"Anxietycentre Saved My Life." — Christine M., USA
Available Therapists
Rates & Terms
The combination of good self-help information and working with an experienced anxiety disorder therapist, coach, or counselor is the most effective way to address anxiety and its many symptoms. Until the core causes of anxiety are addressed – which we call the underlying factors of anxiety – a struggle with anxiety unwellness can return again and again. Dealing with the underlying factors of anxiety is the best way to address problematic anxiety.

anxietycentre.com: Information, support, and coaching/counseling/therapy/psychotherapy for problematic anxiety and its sensations and symptoms, including Larry Rohrick.

All in all, I am so grateful for my therapist and all the help and support she has given me. And I'm very grateful to anxiety centre and your whole organization. You truly were a godsend.
Catherine, USA