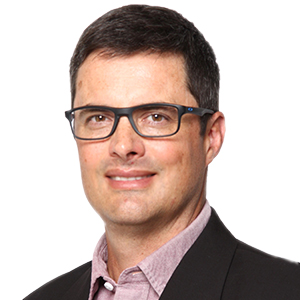 Johan's areas of focus in counselling:

Johan’s parents separated when he was in his early teen years. As a young child, he remembers the worries and fears that he experienced because of escalating conflict in his family.  Johan recollects looking at his friends and their families and longing for the stability and happiness he saw in them.

Johan was a talented athlete and excelled at school, but eventually the worry, fear, and stress at home affected his confidence and performance.  Johan went from being an accomplished student, athlete, and friend to being continually questioned for not performing as he once had.

Johan grew up in a country that went through political turmoil and unrest, and he went on to serve in the military.  These were dark days filled with fear of death and impending doom as Johan was sent to areas with the most conflict.  Johan recollects wondering how human beings could treat each other in such horrific ways as he was assigned to keep the peace and people from harming each other.

Johan remembers starting his deployment scared, filled with fear, to such an extent that he could not feel parts of his body and wondered how he would defend himself if needed.  Johan became good at “wearing a mask,” reflecting a different self to the world and became good at surviving instead of thriving.  Johan would eventually work through his trauma and PTSD in therapy years later.

Johan believes that our past does not dictate our future. Looking back, Johan can see the resilience he has built up, working through his problems, and getting back up from uncontrollable challenges that arise in everyday life.  Johan passionately believes that as humans we can achieve success in any stage of life, it is never too late.

Johan completed his Master’s in Counselling as a mature student and continues to see success as he looks towards the future.  One of those successes and privileges is the opportunity to help individuals struggling and wanting help from the Anxiety Centre.

Because of Johan’s personal experiences, he is passionate about helping others. Johan specializes in offering support to adults who are experiencing:

Johan has a Master of Arts degree in counselling from Providence Theological Seminary in Manitoba and is a Canadian Certified Counsellor (CCC) with the Canadian Counselling and Psychotherapy Association (CCPA).

Johan has spent the last decade working with people struggling with substance abuse. He is passionate about helping people and further understanding the effects of trauma.  Johan spent many years working with vulnerable populations in a non-for-profit missionary organisation where he gained cross-cultural experiences through his travels and work.  Johan has also worked for non-for-profit organisations in Canada.

Johan has a compassionate and warm approach to therapy, which includes but is not limited to the following modalities: Acceptance and Commitment Therapy, Cognitive Behaviour Therapy, Emotion-Focussed Therapy, EMDR, Existential Therapy, Family Systems Therapy, Motivational Interviewing, and Observed and Experiential Integration.  Johan has spent time consulting with his peers to find which therapies are useful and continues to add therapeutic approaches in his pursuit to help others.

Johan resides in Edmonton, Alberta, with his wife and three children and is happiest enjoying the great Canadian outdoors with his family or enjoying a good book.

Book Johan Now!
Rates & Terms
The combination of good self-help information and working with an experienced anxiety disorder therapist, coach, or counselor is the most effective way to address anxiety and its many symptoms. Until the core causes of anxiety are addressed – which we call the underlying factors of anxiety – a struggle with anxiety unwellness can return again and again. Dealing with the underlying factors of anxiety is the best way to address problematic anxiety.

anxietycentre.com: Information, support, and coaching/counseling/therapy for problematic anxiety and its sensations and symptoms, including anxiety psychotherapist Johan Janse van Rensburg.

Before Anxiety Centre, I was an absolute mess. I am a totally different person because of the work I did with Stacey.
Mandi, USA