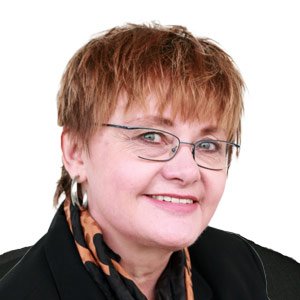 Hellen, born in Mexico, moved with her family to Canada at the age of 7. Immediately upon entering Canada, she faced some unfortunate challenges, especially for a young girl moving to a new country.

For example, merely a year later, at the age of 8, she was raped by a family acquaintance and subsequently also sexually abused by a family member for many years.

Also, at various points throughout her school years she was bullied, ridiculed, and shamed by other school students due to the stigma attached to her cultural background.

As Hellen grew up, she suppressed memories of abuse and avoided the conscious awareness of her anxiety and depression by keeping herself extremely busy and by being overly excited about life. It was not until her late twenties when an unstable long-term relationship ended that a crack in her defense mechanisms caused a barrage of emotions, memories, and delayed Post Traumatic Stress Disorder (PTSD) symptoms, including those listed above.

Recognizing the impact of her struggles, Hellen went to counselling and support groups as well as turned to numerous books about sexual abuse, PTSD, and recovery, which contained stories of others who had successfully dealt with their traumas: mentally, emotionally, physically, and spiritually. As a result, her struggles began to make sense as these writings normalized the after-effects and symptoms of what she had survived. All of which provided her with the tools she needed to change, heal, and grow.

During the time of memories surfacing, the usual defense mechanisms were unsuccessful so because of Hellen’s inability to trust and her need to be seen as strong, Hellen initially responded with anger towards people who tried to get close to her. Gradually, with the help of a couple of people who chose to respond to the frightened vulnerable girl inside Hellen’s tough shell, instead of withdrawing, she learned to let go of her anger and express her needs.

Since Hellen had ruled out conventional medication as an option, she pursued a “natural” approach to recovery, which included a change of diet, natural supplements, and changes to the way she was thinking and feeling.

Hellen continued to work on her underlying factors over the years and finally returned to normal and lasting health. She is another example of how identifying and successfully addressing the underlying factors of anxiety and depression can bring lasting relief. Today, Hellen is living a normal, healthy, and symptom-free life.

Hellen has a Master of Arts in Counselling (Honors) from Providence in Manitoba, Canada. She is a Member of Canadian Counselling and Psychotherapy Association (CCPA).

Hellen has used her skills in a variety of contexts including services to individuals and groups in the areas of addictions, abuse (spiritual/ emotional/ sexual), anger management, caregiver self-care, anxiety, depression, loss and grief, personal and spiritual growth, post-traumatic stress, and suicide prevention since 1995. Since 2010, Hellen has grown in a specialized focus on anxiety issues, incorporating professional learning as well as knowledge gleaned from her own journey of healing from anxiety, depression and PTSD.

Hellen also has 4 decades of experience supporting children and adults living with developmental disabilities (many with dual diagnosis) and their families. In that context, she has worked as a team member with other mental health care professionals (psychiatrists, psychologists, social workers, youth workers).

Although currently not teaching, Hellen has developed curriculum and instructed in various capacities: Community Support Worker Program at a college in BC, Canada; the adult education program at a large church also in BC; a counselling related course at a Bible School in northern Mexico.

Hellen is also a presenter at speaking engagements and seminars covering topics such as anxiety, grief, forgiveness, and healing with humor.

Counseling with Hellen can be done in either English or Low German (Plautdietsch).

"I made tremendous progress since I began my therapy with Hellen." — Annie, Canada
"I cannot thank Hellen enough." — Janelle, USA
"Thank you anxiety counsellor Hellen Krahn. Anxietycentre.com is the best!" — J.B., USA
"I am very thankful to Hellen Krahn and anxietycentre.com." — Name withheld, Canada
Available Therapists
Rates & Terms
The combination of good self-help information and working with an experienced anxiety disorder therapist, coach, or counselor is the most effective way to address anxiety and its many symptoms. Until the core causes of anxiety are addressed – which we call the underlying factors of anxiety – a struggle with anxiety unwellness can return again and again. Dealing with the underlying factors of anxiety is the best way to address problematic anxiety.

anxietycentre.com: Information, support, and coaching/counseling/therapy/psychotherapy for problematic anxiety and its sensations and symptoms, including Hellen Krahn.

Brian Sellers showed me the invisible sources of stress that I never would have recognized. He helped me every step of the way. I thank him and anxietycentre.com from the bottom of my heart.
Cayla, USA