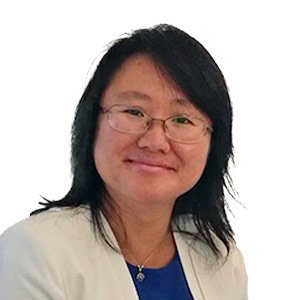 If you have questions or would like to get a sense of Grace's approach and personality, Grace offers a free 15-minute consultation.

Not only is it important to work with a knowledgeable therapist, but it's also important to have a good personality fit. You can ask Grace about the free consultation when booking your appointment.

Grace has a Bachelor degree in Psychology from the University of Waterloo, Masters of Divinity in Counselling (Marriage and Family therapy) from Tyndale Seminary, as well as a Doctorate of Ministry (Cross-Cultural studies) from Gordon Conwell Theological Seminary- published her research on Conversion Disorder (Functional Neurological Disorder) and faith interventions. She has furthered her skills through having a certification as a Traumatologist. She has worked in halfway houses and prisons serving inmates and ex-offenders. She has also supported people struggling with addictions and women fleeing abusive and crisis situations. In addition, she has supported individuals and families dealing severe mental illness and cognitive or developmental delays. She continues her work in the area of trauma, palliative care and terminal illnesses. In her studies, she developed skills in various modalities, CBT, Narrative therapy, Mindfulness, DBT, ACT, assessments, Adlerian and Family Systems.

As long as Grace could remember, she had a fear of dogs. Every time she saw a dog, she would start to sweat and felt feelings of panic and fear; she would then begin to run as far away as she could. Her parents explained to her that running only incites the dog to chase after her so, she avoided any encounters with dogs. However, it was during her time teaching at an orphanage school in Jamaica that she needed to face her fear of dogs as it was hindering her ability to get to work. Through a supportive pastor and community using stress inoculation and meditation (mindfulness), she learned to overcome with her phobia.

During her final year in university, pastoral counselling supported her in facing the reality of her father’s stroke and the subsequent “loss” of the father she knew as his stroke left him aphasic and paralyzed on one side of his body. His support, friendship and wisdom, which in the past gave her much personal guidance and strength, was now absent. Loneliness and sadness arose from this situation. In this challenge, she had to adapt to the change in her father’s level of functioning, the impact that this had on their relationship and her new role. She now needed to be responsible for the family business and co-share the caregiver role.

Going through loss and anticipatory grief while finishing her bachelor´s degree and then facing discrimination by in-laws for marrying her husband of a different race and culture, strengthened her faith in God. It became her testimony that resilience and well-being is an integrated approach.

By understanding the human is a whole person, bio-social-psycho-spiritual, she was able to effectively hold true to her principles of being her true self and not compromise on her beliefs and values despite the false narratives that discrimination entails.

This complete picture of a balanced and healthy well-being continues to give her the courage and joy to thrive on new challenges/hardships which life throws her way, whether it is bullying, adapting to closed environments and life changes. She has lived and worked in various countries, USA, Germany, Jamaica and Malaysia. As well, she researched and volunteered in Nepal, India, Tanzania, Croatia, Bosnia and Serbia. She enjoys hiking and climbing the peaks in the Rocky Mountains, Alps, Kilimanjaro and Himalayas. Together, with her husband of more than 25 years and 3 young adult children, they embrace challenges/obstacles and new adventures that are part of life.

anxietycentre.com: Information, support, and coaching/counseling/therapy/psychotherapy for problematic anxiety and its sensations and symptoms, including Grace Lian.

I am very thankful to anxietycentre.com and to Hellen for their work that has been a true blessing in my life. My life is not only back on track but is more rich and fulfilled as a result of learning the important life skills and deepening my spirituality.
Name Withheld, Canada