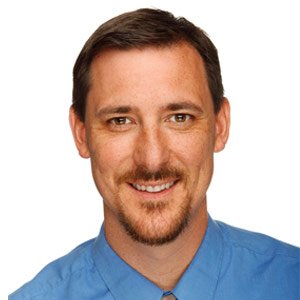 Doug Wildman knows the pain and anguish of uncontrollable anxiety, fear, low self-esteem, and feelings of incompetence. For years he struggled with the symptoms and consequences of anxiety and depression.

At an early age, Doug questioned his value, self-worth, and sanity. Consequently, his grades plummeted, he felt isolated and misunderstood, and thought that he was “flawed,” defective, unacceptable, and a failure.

There were many negative influences around Doug during his teen years. These influences caused even more disruption and questioning. His thoughts became obsessive and intrusive, and his depression deepened. Over time he was convinced that there was something seriously wrong with him.

No matter how hard he tried to get better, his internal voice insisted, “You will never succeed. You are different from everyone else. You are incompetent and stupid. You are marked for failure.” Doug’s condition worsened.

In 1989, however, Doug began his journey toward freedom from anxiety and depression.
In May 1989, Doug volunteered with Youth Development International in San Diego helping young people in crisis. He then moved to Timisoara, Romania where he worked with the Romanian people who endured through the anxiety and oppression of living under a communist regime. Doug also worked with Romani street children who suffered under the influence of substance abuse, societal disregard, and past parental abuse.

In May 2000, Doug was on his way to a weekend youth retreat with a van full of young people, when the driver lost control of the van causing it to plummet over a ravine and into icy water. The crash was so serious that the emergency personnel who attended the accident couldn’t believe that anyone had survived such a terrible accident.

This event caused Doug to personally experience post-traumatic stress disorder. He began to be plagued by nightmarish panic attacks, he couldn’t drive as a passenger without getting feelings of tightness in his chest, accelerated heart pounding, and feelings of not being able to breathe (it felt like he was having a heart attack). He experienced periods of “reliving” the accident in his mind only to be suddenly jolted back into reality by a pounding heart, labored breathing, sore muscles, profuse sweating, and heightened senses. He also experienced nightly nightmares about the experience, which made him hyper-vigilant and always fearing the worst about those around him. Every day was filled with foreboding and underlying anxiety.

Finally, after a year and a half, Doug began to conquer his condition. Over time, his anxiety, fear, and the intensity of that experience faded away.

Doug Wildman, M.A., is a coach that specializes in anxiety disorders, depression, and marriage and family issues. He has his Master of Arts in Counselling from an accredited post-secondary institute.

Doug has a deep desire and passion for helping those who are suffering through issues of anxiety/panic and depression. His personal experience with, and victory over, anxiety and depression, coupled with his gentle character and understanding nature, make Doug an effective and much sought after anxiety coach.

Doug is the Counselling and Marriage Pastor at a large church in South Carolina, developing programs, teaching, writing and overseeing a large number of lay counsellors. Doug and his wife Ingrid have four biological children, one adopted and four foster children.

anxietycentre.com: Information, support, and coaching/counseling/therapy/psychotherapy for problematic anxiety and its sensations and symptoms, including Doug Wildman.