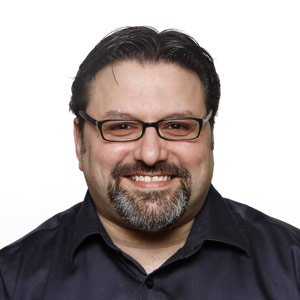 Chris’s struggle with anxiety began at a young age. At home, he experienced an abusive environment. Early in school he witnessed violence and was bullied. He began developing feelings of fear, worry, and insecurity. Messages about how he never measured up and would not amount to anything came from both family and teachers. Throughout elementary and high-school, Chris struggled with fitting. Concentrating and focusing became problematic while in school. This led to him struggling academically. Chris then became obsessed with thoughts of failing, letting others down, and not amounting to anything in life.

Fitting in was especially important to Chris. However, he was scared, and he began to give in to peer pressure. This led to Chris abusing alcohol and developing other addictions. At this point, his symptoms began to worsen. He began experiencing more severe and frequent panic attacks. He also began experiencing numbness in his face and neck, and tremors in his hands. All this led to several visits to emergency; each time thinking he was having heart attacks or strokes. He began struggling with insomnia in his mid-teens.

As Chris entered college, he continued to struggle in his academics and relationships. Any time he found employment, he was obsessed with thoughts and fears that he would be fired. At this time, his anxiety worsened. He began developing rashes. He began acting out in anger and rage and being abusive towards others. He began experiencing nightmares and night terrors. He began to struggle getting out of bed in the morning and facing the day. Each day for Chris felt overwhelming. Chris’ academics suffered and he ended up failing numerous classes. Many of his choices and decisions were ‘fear based’. During this time, Chris had ended an engagement with his then-fiancée. Chris’ outlook on the future became increasingly grim. He was afraid he would be alone for the rest of his life, that he would not amount to anything, not have any significant relationship, or have a family of his own. One of his biggest fears was being homeless and alone. At this time, his suicidal thoughts intensified.

Chris decided to seek counselling. Unfortunately, the initial counselors were not that helpful as they did not help him with his symptoms and the underlying cause of his anxiety and depression. It was not until he met with a psychiatrist who diagnosed him with Generalized Anxiety Disorder, Social Anxiety Disorder, and Depression, when he finally began to find meaningful help. It was through this counselling that Chris began to learn what anxiety and depression were. He began to understand how his thoughts and behaviours contributed to him experiencing anxiety and depression. He was introduced to strategies that allowed him to contain his symptoms. Over time, with persistence Chris began to change his perceptions, his beliefs, and his behaviours. He also learned what his triggers were, and how to respond to them. Chris also started learning how to create healthy relationships.

Chris met his wife Joanna during his last year of college. They ended up marrying in 1996. They moved from London, Ontario to Winnipeg, Manitoba where Chris completed his Masters in Counselling. Chris has counselled countless individuals, couples, and families suffering with anxiety and depression, among other issues. Chris and Joanna currently live back in London, Ontario and have two children. Chris no longer struggles with Generalized Anxiety Disorder, Social Anxiety, nor Depression. Chris is committed to helping others as they seek to recover from their anxiety and depression.

Chris as a Master of Arts in Counselling degree. As a Certified Professional Counsellor, a Registered Psychotherapist, a Certified Spiritual Director, and a Success Coach, Chris has worked with individuals, couples, families, and organizations for over 25 years. Chris’ area of focus is anxiety/depression, couples therapy, addictions, grief and loss, and spiritual direction.

anxietycentre.com: Information, support, and coaching/counseling/therapy for problematic anxiety and its sensations and symptoms, including anxiety psychotherapist Chris Papastamos.

I accept that life is not perfect and neither am I, and I am so thankful that your therapist has worked with me along the way and at times given me the good hard reality of who I am and what I need to work on to make the necessary changes to be free of anxiety. My therapist is a wonderful person and a great counsellor. Thanks so much Anxietycentre.com!
Kylie, New Zealand