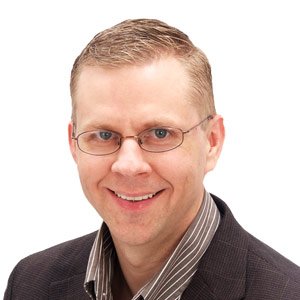 If you have questions or would like to get a sense of Brian's approach and personality, Brian offers a free 15-minute consultation.

Not only is it important to work with a knowledgeable therapist, but it's also important to have a good personality fit. You can ask Brian about the free consultation when booking your appointment.

Brian Sellers understands the pain, suffering, and fear associated with anxiety and panic disorder. During his late adolescence and early adulthood, Brian experienced distressing symptoms and persistent panic attacks, with many symptoms and attacks coming “out-of-the-blue” and at any time.

While his condition was difficult, it was most problematic while he was driving. Many times, Brian would pull over on the side of the road or turn around and cancel his trip because of the overwhelming symptoms and fear.

As Brian’s anxiety condition escalated, he became fearful that something terrible would happen to him. He became obsessed with thoughts about death and dying. Convinced that he would never overcome his condition and that he would always struggle with his dreadful thoughts and feelings, Brian felt ashamed and thought that he was different from other people his age. While he desperately wanted to get rid of his condition, he didn’t know how.

In spite of Brian’s best efforts to eliminate his anxiety condition, it persisted throughout his college years. Afraid of being ridiculed and laughed at, Brian avoided talking about his thoughts and experiences. Consequently, he continued to struggle in silence.

A turning point came for Brian, however, in the fall of 1997. During a panic attack while driving, Summer, Brian’s wife who was his girlfriend at the time, asked him to challenge his fearful thinking, and that even though he felt awful he wasn’t going to die. Encouraged by Summer’s reassurance, instead of withdrawing in fear, Brian challenged his fearful thinking and soon learned that he could control his symptoms and fears, and consequently, his panic attacks. Over time, Brian fully conquered his panic disorder and returned to normal health. Brian has been panic attack-free for over ten years.

Wanting to help others, in 2004, Brian began working toward a master’s degree in counseling at the University of Montevallo in Montevallo, Alabama. In the fall of 2006, Brian and his family moved to Mississippi where he completed his Internship and began working as a counselor at Turning Point Counseling in the area of drug and alcohol addiction.

Brian has worked with anxietycentre.com for over 12 years. His clinical experience is with drug and alcohol, obsessive compulsive disorder, general anxiety disorder, phobias, panic disorder, social disorder, as well as performance related anxiety.

Brian has been married to his wife, Summer for 21 years. They have a 2 teenager, Connor who is 17 and Sarah who is 14. Brian enjoys spending time with his family, jogging, and recreational opportunities in the great outdoors.

"Brian Sellers is absolutely wonderful to work with." — Betty, Canada
"I thank Brian Sellers and anxietycentre.com from the bottom of my heart." — Cayla, USA
"Brian Sellers is an amazing coach and I can't thank him enough!" — Julia, USA
"THANK YOU Brian Sellers and Jim Folk." — Breanne, USA
Available Therapists
Rates & Terms
The combination of good self-help information and working with an experienced anxiety disorder therapist, coach, or counselor is the most effective way to address anxiety and its many symptoms. Until the core causes of anxiety are addressed – which we call the underlying factors of anxiety – a struggle with anxiety unwellness can return again and again. Dealing with the underlying factors of anxiety is the best way to address problematic anxiety.

anxietycentre.com: Information, support, and coaching/counseling/therapy/psychotherapy for problematic anxiety and its sensations and symptoms, including Brian Sellers.

Thanks again,. May God continue to bless you, all the others at anxietycentre.com, and the work that you do. It has truly changed my life.
D.B., USA