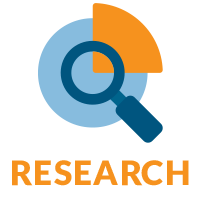 In theory, the social networking website Facebook could be great for people with low self-esteem. Sharing is important for improving friendships. But in practice, people with low self-esteem seem to behave counterproductively, bombarding their friends with negative tidbits about their lives and making themselves less likeable, according to a new study which will be published in Psychological Science, a journal of the Association for Psychological Science.

“We had this idea that Facebook could be a really fantastic place for people to strengthen their relationships,” says Amanda Forest, a graduate student at the University of Waterloo. She cowrote the new study with her advisor, Joanne Wood. The two are generally interested in self-esteem, and how self-esteem affects the kinds of emotions people express. People with low self-esteem are often uncomfortable sharing face-to-face, but Facebook makes it possible to share remotely.

In one study, Forest and Wood asked students how they feel about Facebook. People with low self-esteem were more likely to think that Facebook provided an opportunity to connect with other people, and to perceive it as a safe place that reduces the risk of awkward social situations.

The researchers also investigated what students actually wrote on Facebook. They asked the students for their last 10 status updates, sentences like, “[Name] is lucky to have such terrific friends and is looking forward to a great day tomorrow!” and “[Name] is upset b/c her phone got stolen :@.” These are visible to their Facebook friends, the people in their network.

Each set of status updates was rated for how positive or negative it was. For each set of statements, a coder – an undergraduate Facebook user – rated how much they liked the person who wrote them.

People with low self-esteem were more negative than people with high self-esteem – and the coders liked them less. The coders were strangers, but that’s realistic, Forest says. In earlier research, Wood and Forest found that nearly half of Facebook friends are actually strangers or acquaintances, not close friends.

So people with low self-esteem may feel safe making personal disclosures on Facebook – but they may not be helping themselves. “If you’re talking to somebody in person and you say something, you might get some indication that they don’t like it, that they’re sick of hearing your negativity,” Forest says. But when people have a negative reaction to a post on Facebook, they seem to keep it to themselves. “On Facebook, you don’t see most of the reactions.”

Return to our Anxiety Research archive.

anxietycentre.com: Information, support, and therapy for anxiety disorder and its symptoms, including Facebook Is Not Good For Those With Low Self-esteem.