Anxiety Is Caused By A Chemical Imbalance In The Brain 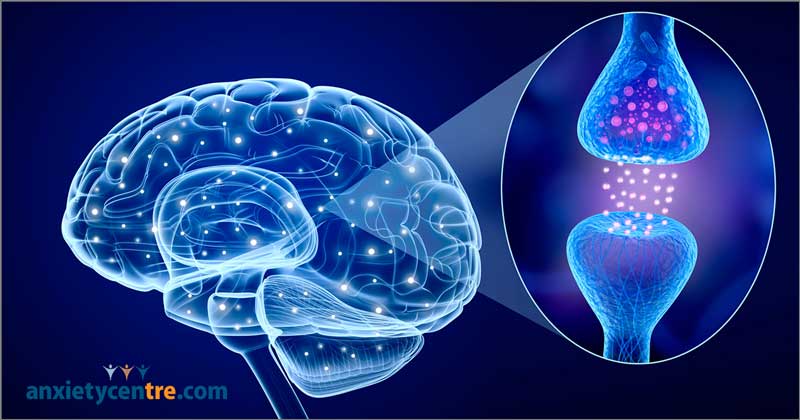 Myth #1: Anxiety Is Caused By A Chemical Imbalance In The Brain

Since the late 1980s, we were told that anxiety disorder, depression, and many other mental illnesses were caused by a chemical imbalance in the brain.

It was claimed that mental illness, including anxiety disorder, was caused by an imbalance of neurotransmitters in the brain. It was also claimed that correcting this “imbalance” with the right medication would resolve the mental illness.

The persuasion was so convincing that medications recommended to “correct” this imbalance saw multiple billions of dollars in sales each year. Many of these medications were in the “top ten” most sold medications year after year.

Yet, the chemical imbalance theory was never proven. It had always been speculated.

After independent research found the chemical imbalance cause for mental illness was false, and after finding medications used to treat this “imbalance” were largely ineffective, opinions began to change.

Due to pressure from independent research and from mental health professionals who knew mental illness wasn’t caused by a chemical imbalance in the brain, the “chemical imbalance” theory was discarded.

In 2011, the chemical imbalance cause for mental illness was officially put to rest by Dr. Ronald Pies, the editor-in-chief emeritus of the Psychiatric Times.

Shortly after, pharmaceutical companies admitted the chemical imbalance theory was to be used as a “metaphor” only and not to be understood as real. Thus ended the “chemical imbalance” theory cause for mental illness, including anxiety disorder.

So, no, anxiety disorder is not caused by a chemical imbalance in the brain. It never was.

You can learn more about the demise of the Chemical Imbalance theory:

Unfortunately, the “chemical imbalance” myth persists even today. So much so that Dr. Pies felt compelled to write a follow up article in the hopes of putting the theory to rest once and for all.

For more information, you can read our article “Ronald W. Pies Puts Another Nail In The “Chemical Imbalance” Theory Coffin.”

Anxiety is caused by specific underlying factors – those behaviors (thoughts and actions), situations, and circumstances that motivate anxious behavior.

Since anti-anxiety and antidepressant medications are largely ineffective,[1][2] you could take a medication (or multiple medications) for years and not see meaningful or lasting progress.

Applying a remedy for the wrong problem is not going to solve the real problem. Therefore, it's unrealistic to expect to overcome anxiety disorder if the real cause isn’t successfully addressed.

Addressing the true cause of anxiety disorder equips us with the necessary strategies and tools to overcome it. Any other approach will cause the problem and its symptoms to remain.

Drugs used to “treat” the fictitious chemical imbalance produce mixed results. Some people experience a reduction in symptoms, some experience no benefit, and some find their medication makes them feel much worse.

Moreover, anti-anxiety and antidepressant medications often lose their effectiveness over time,[3] or worse, cause side effects that linger long after the medication has been discontinued.[4]

Furthermore, it’s not uncommon for doctors to multiple-medicate in the hopes of “finding the right balance” between symptom reduction and countering the side effects of all of the medications.[5][6] These drugs and cocktails can be difficult to come off, and have been shown to have the potential to even cause long-term harm.[7]

Additionally, research has shown that discontinuing anti-anxiety and antidepressant medications can be extremely difficult with many people coming off and going back on multiple times during their lifetime.[8]

If these medications aren’t actually “fixing” anything real, why delay or permanently stall your recovery by applying the wrong solution to the wrong problem?

Many of our members and therapy clients have had horror stories about their medications, with many having great difficulty breaking free of the very medications their doctors said would help.

Based on the latest research and practical evidence, it’s no wonder these medications have caused so many problems. First, they don’t work because the entire premise for using them is false. And second, no one, not even the drug manufacturers themselves, know what they are doing in the brain.

Treating a real problem with the wrong solution isn’t our idea of a solution.

Sadly, the chemical imbalance theory has been a tragic distraction away from meaningful help that can produce excellent results.

If you want to successfully overcome anxiety disorder, you need to address the real cause of the problem – anxiety’s underlying factors.

Addressing the cause of the problem eliminates it and its symptoms.

Again, any other approach will not lead to meaningful and lasting success over anxiety disorder.

Return to our Anxiety Myths section.

anxietycentre.com: Information, support, and therapy for anxiety disorder and its symptoms, including Anxiety is caused by a chemical imbalance in the brain.

Working with Sheri has been one of the best decisions I’ve made. Having previously worked with other therapists, I was amazed by the extent of her knowledge of anxiety and how our brains work. I learned things I have never been taught before.
N. H., UK