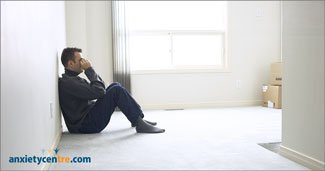 Dating back to as early as the 1840s, the medical and mental health communities desired to develop a unified way to classify mental disorders. Not only would this information help classify and standardize phenomenology, etiology, and course of defining features but standardization would also bring much needed credibility to the mental health field.

Through a series of steps through the early 1900s, the American Psychiatric Association developed the first Diagnostic and Statistical Manual: Mental Disorders (DSM-I) in 1952. This was the first official manual of mental disorders to focus on clinical utility.

But how was this manual developed?

By mental health clinicians who made up and voted on names, characteristics, and treatment options for the main disorders as they imagined them. In other words, the entire manual was (and continues to be) a fabrication based on made up categories that were voted into existence with none of the diagnoses being supported by objective evidence of physical disease, illness, or science.

“The way things get into the DSM is not based on blood test or brain scan or physical findings. It's based on descriptions of behavior. And that’s what the whole psychiatry system is.” - Dr. Colin Ross, psychiatrist

“In short, the whole business of creating psychiatric categories of ‘disease,’ formalizing them with consensus, and subsequently ascribing diagnostic codes to them, which in turn leads to their use for insurance billing, is nothing but an extended racket furnishing psychiatry a pseudo-scientific aura.” - Dr. Thomas Dorman, internist and member of the Royal College of Physicians of the UK, Fellow, Royal College of Physicians of Canada

The DSM is nothing more than an attempt to ‘medicalize’ behavior.

It's true that there are some true mental illnesses that are caused by chemical, medical, biological, and/or genetic reasons. But they are few. Anxiety is NOT one of them.

We can remove the ‘medicalized’ impression of anxiety disorder by having a closer look at the terms involved. For example:

Mental health refers to our moods, thoughts, and actions: behavior – anything to do with our thinking and acting.

The term mental disorder refers to a wide range of behaviors that can affect a normal lifestyle.

For the majority of mental health disorders, while medical-sounding, mental disorder is not a medical issue, but a behavioral issue. All mental disorder means is that we have a behavior(s) that is causing disruptions to a normal lifestyle.

And rather than the DSM being based on medical and scientific testing, it’s based on a way to ‘classify’ behavioral issues so that there is a standardized way to talk about them.

It’s not that most mental illnesses are serious medical issues, but that they are merely medical sounding names for behaviors that create problems for a normal lifestyle.

This is why every human being could be diagnosed with some ‘mental illness,’ since every person on earth has one or more behaviors that aren’t considered ‘normal.’

Anxiety disorder is NOT a medical condition.

If you’ve been diagnosed with anxiety disorder, that just means someone thinks you behave more anxiously than what is considered normal. It doesn’t mean you have something chemically, medically, biologically, or genetically wrong with your brain or mind.

In this regard, being diagnosed with anxiety disorder is nothing more than being told you worry too much or that you are a ‘worrywart.’

So, no. If you’ve been diagnosed with anxiety disorder that doesn’t mean you’ll always have it. It just means you are behaving more anxiously than what is considered normal. To remedy the situation, you can learn to behave less anxiously.

Believing that anxiety disorder is a serious mental illness we have contracted or inherited, and something we have to live with and only ‘manage,’ places us in a victim position, when we should really be in a position of authority, power, and control.

Since behaviors are willful, we can change them using our will. Seeking professional help is the best way to learn how to achieve this control and gain lasting success.

Anxiety isn't something that needs to be cured because it isn’t an illness. Dealing with our apprehensive behaviors, which cause problematic anxiety, solves the entire anxiety unwellness problem.

Anxiety occurs when we worry that something bad or harmful may happen. If you believe you can never overcome anxiety disorder and that you can only manage symptoms, the implications of that realization could make you feel more anxious, hopeless, helpless, and trapped, which can negatively affect the quality of your life experience. And when people lose hope and feel they can never live a normal life again, this mindset can produce the very anxiety and depression they dread.

But if you believe anxiety is a behavior you can work at changing, that realization alone can bring hope, which can alleviate a great deal of unnecessary anxiety and feelings of being depressed. And as you learn and adopt healthy ways of coping with adversity, uncertainty, and risk, your confidence will grow and you can return to a normal lifestyle free of problematic anxiety issues.

There are many reasons to be optimistic. Anyone can learn and adopt less anxious ways of approaching life. Consequently, no one needs to suffer needlessly. Life can be great again!

Join Recovery Support
The combination of good self-help information and working with an experienced anxiety disorder therapist, coach, or counselor is the most effective way to address anxiety and its many symptoms. Until the core causes of anxiety are addressed – which we call the underlying factors of anxiety – a struggle with anxiety unwellness can return again and again. Dealing with the underlying factors of anxiety is the best way to address problematic anxiety.
Available Therapists
Make Appointment

anxietycentre.com: Information, support, and therapy for anxiety disorder and its symptoms, including the anxiety myth: Always Have Anxiety Disorder.

Stacey, thanks for everything you did for me! I also want to thank the Anxietycentre and Jim Folk for the information on the website and the Skype calls I listened to.
Gerjanne, The Netherlands