Why Is Anxiety Listed As A Side Effect Of Medication If It’s Caused By Behavior? 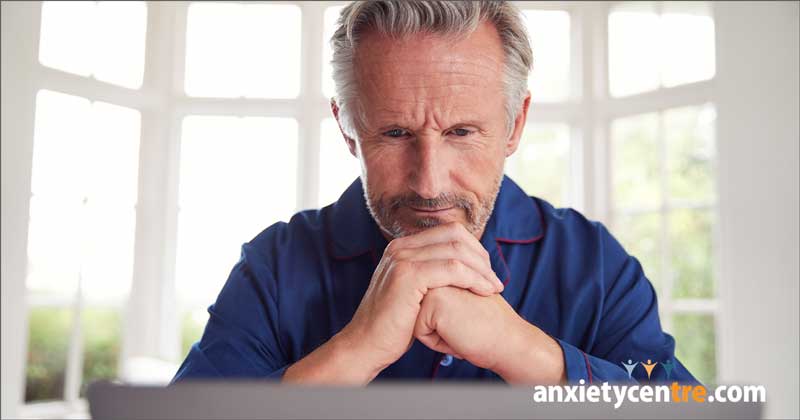 Can you explain why anxiety is listed as a side effect on many medications when you say anxiety is only caused by behavior?

It’s true that many medications list “anxiety” as a side effect. However, I (Jim Folk) believe it’s because pharmaceutical companies and many anxious people don’t understand the link between anxious behavior and its symptoms. For instance:

Anxious behavior activates the stress response, causing many body-wide physical, psychological, and emotional changes that prepare the body for immediate action. These changes push the body beyond its balance point (equilibrium), stressing the body.

Many anxious people who don’t understand the connection between anxiety and its symptoms combine the two, thinking that if they have anxiety-like symptoms, they must be anxious.

Many anxious people also become concerned and anxious when they think their anxiety-like symptoms are returning or elevating, again thinking that the medication has caused “anxiety” as a side effect because their symptoms and anxious behavior are elevating.

So, it’s not that medications cause anxiety as a side effect, but how anxiety is reported as a side effect by people who don’t understand the link between anxious behavior and symptoms of stress.

To further clarify, there is a vast difference between "feeling anxious” and "being anxious."

“Feeling anxious” means you have symptoms that feel like anxiety symptoms because you’re anxious or because your body is stressed or rallying immunity.

There are many sources of stress and immunity building, such as medication.

“Being anxious” means you are worrying, concerned, or behaving anxiously about something, causing the physical, emotional, and psychological feelings of anxiety.

Moreover, if people had anxiety in the past and a medication caused some anxiety-like symptoms as a side effect, it's common to become concerned about the returning "feelings" of anxiety. Becoming concerned is caused by behavior and not by the medication.

For more information, Recovery Support members can read the article “Discerning The Difference Between Anxiety And How It Feels” in chapter 14.

anxietycentre.com: Information, support, and therapy for anxiety disorder and its symptoms, including "Can you explain why anxiety is listed as a side effect on many medications when you say anxiety is only caused by behavior?"

Brian Sellers showed me the invisible sources of stress that I never would have recognized. He helped me every step of the way. I thank him and anxietycentre.com from the bottom of my heart.
Cayla, USA