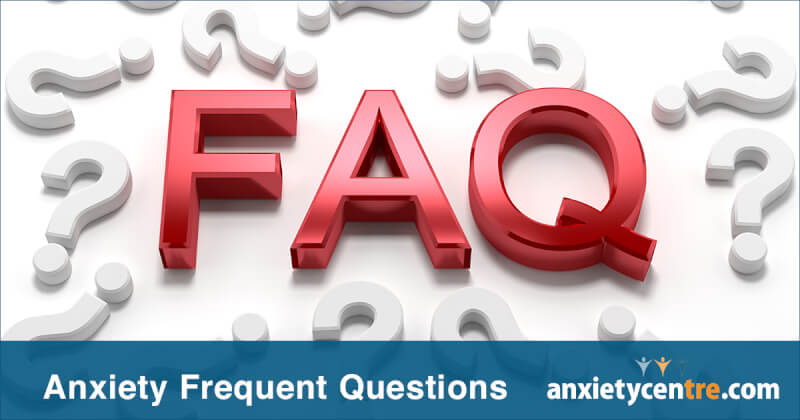 The differences between a heart attack and anxiety attack (panic attack).

A heart attack and anxiety attack have similar signs and symptoms

This list is not exhaustive. For more information about the signs and symptoms of a heart attack, see your doctor.

Plus a great many more. For more information about the many signs and symptoms of anxiety and anxiety attacks, see our anxiety symptoms page.

If your doctor says you are having, or had, an anxiety attack, you can feel confident that your doctor's diagnosis is correct. There are many distinct differences between the two, which most good doctors can spot easily. Medical tests are a sure way of knowing which is which.

The higher the rating, the more likely anxiety could be contributing to or causing your anxiety symptoms.

How to tell a difference between an anxiety attack and a heart attack?

If you are having a hard time telling the difference between the symptoms associated with an anxiety attack and those of a heart attack, here are some things to watch for:

Anxiety attacks generally don’t cause people to pass out.

Even though you might feel like passing out due to an anxiety attack, most people don't. While some people do, this is the exception and not the rule.

Anxiety attacks can cause hyperventilation, which can cause symptoms similar to those of a heart attack.

Calming yourself down, relaxing your breathing, and giving your body a few minutes to adjust usually alleviates symptoms that are solely related to hyperventilation and anxiety. Within a few minutes, you should be able to tell the difference as heart attack symptoms generally don’t subside this easily or quickly.

While anxiety attacks can upset the stomach and make it feel like you need to vomit, most people generally don't.

Yes, some people do, but this is the exception not the rule.

Can an anxiety attack cause a heart attack?

If you have an existing heart condition and are experiencing anxiety disorder and anxiety attacks, it's best to talk with your doctor and work at addressing your anxiety underlying factors so that your body’s stress can become lower overall.

For more information about anxiety’s underlying factors, join our Recovery Support area by clicking on the button below.

If you'd like personal assistance with dealing with your anxiety disorder, visit our anxiety personal coaching/therapy option here.

It's best to discuss your symptoms with your doctor in order to verify whether they are being caused by a heart attack or anxiety attack.

anxietycentre.com: Information, support, and therapy for anxiety disorder and its symptoms, including information about Heart Attack Or Anxiety Attack.