Are Anxiety Symptoms All In My Head? 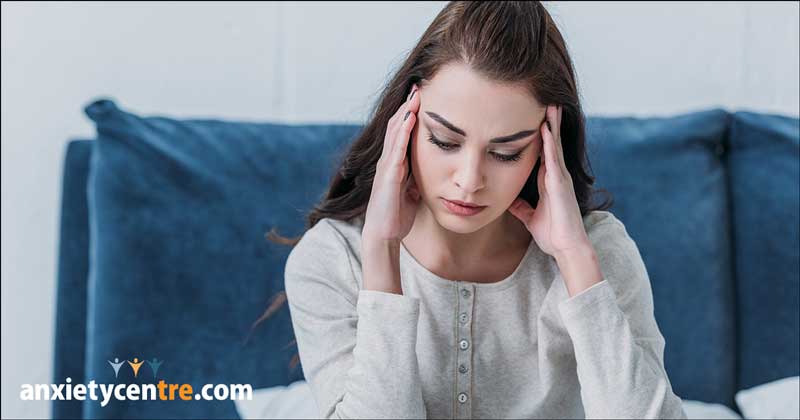 Are Anxiety Symptoms All In My Head?

A good friend of mine said all my symptoms are “all in my head” and not real. He made it sound as if I’m making all these symptoms up and just imagining them. This made me feel really bad. Are anxiety symptoms “just in my head?”

For more information about the difference between anxiety sensations and anxiety symptoms, Recovery Support members can read the article “Understanding and Eliminating Anxiety Sensations and Symptoms” in Chapter 6.

Anxiety sensations and symptoms are real

Some of the stress response changes include:

Due to the many physiological, psychological, emotional changes, we can experience many sensations associated with these changes, which we call “anxiety symptoms.” Since these changes are real, we will experience them as being real and not imagined.

Symptoms is defined as: a physical or mental feature which is regarded as indicating a condition of an illness; the sign of an undesirable situation.

Even though anxiety symptoms are caused by an involuntary action, they are still real and not imagined.

Recovery Support members can read more about these concepts in Chapters 3, 5, 6, and 9.

For more information about anxiety sensations and symptoms and what causes them, visit our anxiety disorder symptoms article.

Recovery Support members can visit Chapter 9, our comprehensive symptoms section where every symptom is listed and explained.

So, yes! Anxiety symptoms are REAL. They aren't imagined.

Even though there most often isn’t visible physical evidence for many of anxiety’s symptoms, they are real and caused by real reasons. Again, they aren’t imagined!

I (Jim Folk) understand why some people think anxiety sensations and symptoms are “all in a person’s head.” Many people said the same thing to me when I was struggling with anxiety disorder those many years ago.

I believe that unless a person experiences anxiety disorder, it’s hard to believe being anxious can cause so many disturbing symptoms, with many being usual, intense, and severely debilitating.

However, people who experience anxiety disorder can attest that their symptoms ARE real and not imagined.

When people say you are imagining your symptoms, extend them some grace. Their comments are likely based on a lack of understanding about anxiety and the many real physiological, psychological, and emotional ramifications.

As you learn more about anxiety and why it can cause so many symptoms, you may be able to educate them, so that their comments are more helpful and appropriate in the future.

Again, the vast majority of anxiety symptoms are real and caused by real physiological, psychological, and emotional changes.

In addition to our real symptoms, we can also imagine some. For instance, when we become inward focused on and concerned about our symptoms, our imagination can “misinterpret” normal body sensations as abnormal symptoms.

If you notice yourself focusing internally, you can make healthy change by discerning actual symptoms of stress from those caused by normal bodily functions.

Recovery Support members can read more about the phenomenon Inward Focused Thinking, how it can affect anxiety recovery, and how to overcome it in Chapter 6.

For almost the entirety, anxiety sensations and symptoms are real. They have real physiological, psychological, and emotional causes.

The most effective way to overcome anxiety disorder and its symptoms is with the combination of good self-help information and professional therapy.

If you are struggling with what can seem like unmanageable and out-of-control anxiety and worry, working with an experienced anxiety disorder therapist can help you on the road to recovery.

anxietycentre.com: Information, support, and therapy for anxiety disorder and its symptoms, including the anxiety question: Are Anxiety Symptoms All In My Head?