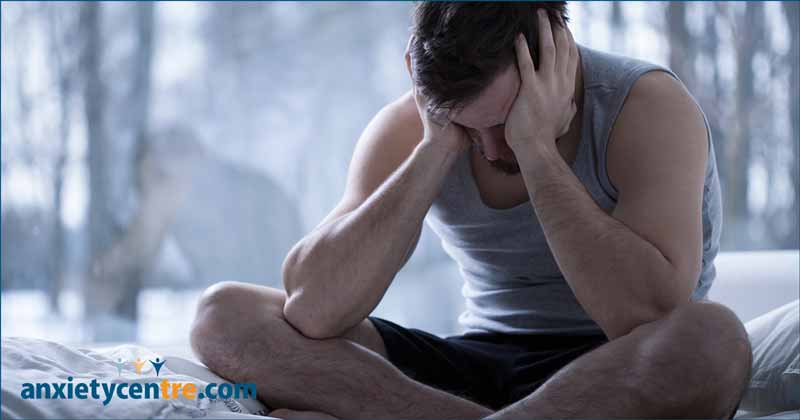 Anxiety itself doesn’t cause nocturnal enuresis. But overly apprehensive behavior could be a contributing factor.

In addition to the emotional upset and the impact it has on a normal lifestyle, overly apprehensive behavior stresses the body. When the body becomes overly stressed, it can enter into a state of stress-response hyperstimulation. Once the body becomes hyperstimulated, it can experience a wide variety of unusual sensations, symptoms, and problems. Some of these problems could contribute to nocturnal enuresis. For example:

1. Increase in the production of urine when sleeping.

Typically, the body produces less urine while sleeping due to the low metabolic rate when the body is deeply relaxed, such as when in deep sleep. This is why we can sleep for many hours and yet not feel the urge to urinate.

An increase in metabolism during sleep, however, can cause an increase in urine production when sleeping. So rather than sleeping for many hours and not feeling the urge to urinate, we could sleep for an hour or so and have a full bladder. Most often dreams associated with trying to find a bathroom or having to urinate are a result of having a full bladder and actually needing to urinate.

This increased need to urinate isn’t the sole cause of nocturnal enuresis. But it can play a role when combined with the next two factors.

For more information about the many sleep stages, and hypnagogic and hypnopompic experiences, Recovery Support members can read the many sections in our Sleep section (Chapter 18).

If you have a full bladder and you're feeling the urge to urinate yet you can’t tell the difference between being fully awake and still being asleep dreaming, some people wet the bed thinking that they are actually awake when in fact they are still dreaming.

3. Hyperstimulation can adversely affect the nervous system, which can affect nerve and subsequent muscle control.

The body manages both types of muscles normally when the body's nervous system is not overly stressed. But both voluntary and involuntary muscles can behave erratically when the body becomes stress-response hyperstimulated. Examples of this erratic behavior include muscle twitching, involuntary tremors, weak muscles, muscles that shake when you move them, and bladder control problems, to name a few.

Also, some people wet themselves when they become overly excited, such as when afraid because of how the nervous system and involuntary muscle control is affected by stress.

Addressing your body’s overly stressed state and the underlying factors associated with your overly apprehensive behavior could eliminate episodes of nocturnal enuresis.

If you are uncertain about your doctor’s diagnosis, however, you may want to seek a second and even third opinion. But if all three opinions agree, you can feel confident that anxiety/stress is the cause of this issue and not some other medical or biological problem.

anxietycentre.com: Information, support, and therapy for anxiety disorder and its symptoms, including Anxiety and Nocturnal Enuresis.

I am so grateful to Stacey and anxietycentre.com. Their program and kind hearts could be improving and saving many lives!! I pray many are able to find them, TRUST THEM, and get back to living life to the fullest :-)
Nicole, USA