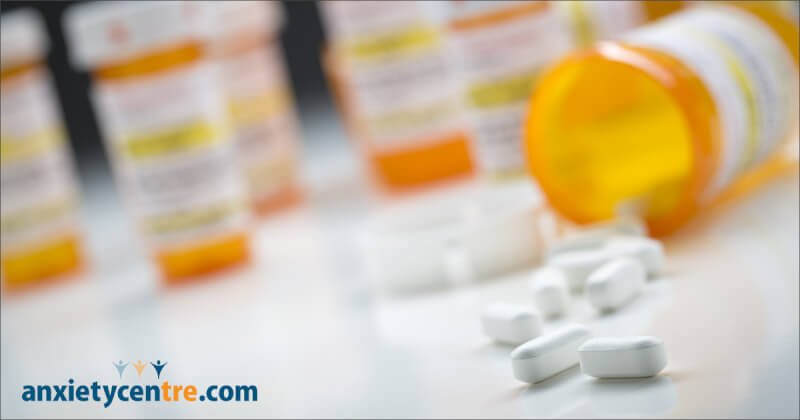 Can taking antibiotics cause an increase in anxiety and its symptoms, including causing panic attacks?

Anxiety is caused by apprehensive behavior. So, no, taking an antibiotic doesn’t cause anxiety or panic attacks.

Taking an antibiotic, however, can cause anxiety-like symptoms as well as aggravate existing anxiety symptoms, including increasing a sense of nervousness, agitation, danger, and foreboding. If a person has a history of being anxious, these increases could lead to an increase in anxious behavior, including being the cause of a panic attack.

Jim Folk, the president of anxietycentre.com, experienced anxiety-like symptoms and an aggravation of anxiety symptoms when he was struggling with anxiety disorder and took an antibiotic.

Worry is an example of apprehensive behavior that creates the physiological, psychological, and emotional state of anxiety.

The most common antibiotic side effects include gastrointestinal problems such as:[1][2]

Notice how many of these side effects are similar to symptoms of anxiety. If a person is already concerned about his anxiety symptoms, experiencing an increase due to an antibiotic could increase his worry, which can cause an increase in anxiety.

Again, while the antibiotic itself doesn’t cause anxiety, worrying about it and the increase in symptoms can cause an increase in anxiety. But this is behavioral-driven and not caused by the medication itself.

How often do antibiotics cause side effects?

Research has found that one in five people experience side effects from taking antibiotics.[4][5]

Moreover, some antibiotics are more prone to causing side effects, with a few causing serious side effects. For example, Fluoroquinolone antibiotics (ciprofloxacin (Cipro), gemifloxacin (Factive), levofloxacin (Levaquin), moxifloxacin (Avelox), norfloxacin (Noroxin), and ofloxacin (Floxin), commonly used to treat a variety of illnesses such as respiratory and urinary tract infections are known to cause serious side effects, including mental health problems, blood sugar problems, and permanent neurological damage.[6][7][8] It’s our recommendation to avoid these types of antibiotics if possible.

There are many reasons why antibiotics can cause an increase in anxiety and its symptoms for some anxious people:

1. Antibiotics cause the “immune response.”

If you are a worrier and worry about anxiety, its symptoms, and how you feel, these increases can cause some anxious people to worry. Worry is an example of apprehensive behavior that creates the physiological, psychological, and emotional state of anxiety.

2. Antibiotic side effects can mimic and aggravate existing anxiety symptoms.

In this case, the antibiotic side effects aggravated the existing anxiety symptoms. Then, your worried reaction caused the increase in anxiety.

3. Worried about taking an antibiotic.

Many anxiety disorder sufferers have health and medical sensitivities. These sensitivities often stem from deep-seated cores fears, such as the fear of pain and suffering, fear of dying and death, fear of loss, fear of the unknown, fear of being out of control, and so on.

Here again, it’s not that the antibiotic itself has caused anxiety but that a worrisome reaction to taking an antibiotic has.

5. Some antibiotics irritate the nervous system.

Many anxiety disorder sufferers experience stomach and digestive problems due to their struggle with anxiety. Consequently, they equate their anxiety to their symptoms.

Once again, it’s not that the antibiotic has caused an increase in anxiety but that worrisome behavior has.

If you experience an increase in anxiety and its symptoms when taking an antibiotic, consider the above and work to contain your apprehensive behavior. Keeping yourself contained in spite of an increase in symptoms due to the antibiotic can prevent anxiety from escalating, which will prevent panic attacks.

Generally, the side effects of taking an antibiotic subside shortly after stopping the antibiotic (usually within 1 to four days after the antibiotic was stopped). But in some cases (rarely), adverse reactions to antibiotics might take several months to clear. Talking with your doctor AND pharmacist about which medication is best for you could help you steer clear of those antibiotics that have the potential for long-term problems.

As we mentioned earlier, fluoroquinolone antibiotics are known to cause lasting side effects, with some being serious.

If you need to take an antibiotic, discuss the options with your doctor and pharmacist to ensure you get the best results with the least side effects.

Click the link for more information about the cause, symptoms, and treatment of anxiety and panic attacks.

Overcoming your anxiety issues by addressing both levels of recovery will eliminate increases in anxiety and panic when taking an antibiotic.

anxietycentre.com: Information, support, and therapy for anxiety disorder and its symptoms, including Anxiety and Antibiotics.