Let-Down Effect – Why We Get Sick AFTER Stress 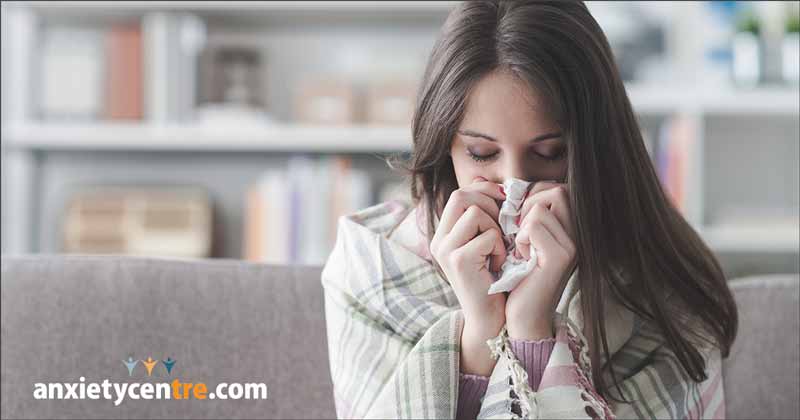 Many anxious and stressed people notice they get sick after a major stressor has passed, such as getting the flu or developing a cold.

It’s not that they get sick during the stressor but develop the sickness AFTER the stressor and when the body is beginning to recover from the effects of stress.

Not only did we personally experience this phenomenon when we were struggling with anxiety disorder, but we see this often in Recovery Support members and therapy clients.

While there are many theories why this happens, one theory is gaining prominence.

First, researchers found there are numerous aspects to the body's immune system and how it functions to keep the body healthy.

For instance, when the body is under acute stress, such as being physically threatened, speaking in public, or when cramming for exams, the activation of the stress response ramps up the body's immune system so it’s more able to protect the body against intruders that are caused by being in harm’s way.

For example, if you were cut when trying to defend yourself against an attacker, the ramped-up immune system rallies to prevent infection.

So, not only does the body get an energy boost when in danger, but it also gets a boost in immune protection, beneficial when fighting or fleeing.

However, when we encounter chronic stress, such as from constant worry, the immune response is suppressed so that most of the body’s resources are used to deal with the stressful situation.

As such, we have two different immune responses depending on the type of stress:

Even though the immune system responds differently to acute and chronic stress, both responses can produce a “sick feeling” after the stressor has passed, but for different reasons.

But once the acute stress has passed, the immune system ramps down, allowing pathogens to get a foothold in the body.

While you may feel good during an acute stressor, you are more likely to develop the flu or a cold as the immune system ramps down after the stressor. Researchers refer to this after-stress effect as the "Let-Down Effect."[1]

In the second instance, when the immune system ramps down due to chronic stress,[2] pathogens can get a foothold in the body while the body is dealing with a chronic stressor.

Then, when the stress has passed and stress hormone levels diminish, the body rallies its immune system and goes after the intruding pathogens.

This “ramping up” effect can cause all sorts of sick feelings as the body works to expel the toxins that were allowed to accumulate while the body was chronically stressed.

Runny noses, coughing, inflammation, and experiencing flu-like symptoms are indications that the body is working to expel pathogens.

In both instances, we can feel sick after a stressor has passed due to how the body's immune system copes when the body is under stress.

The best way to avoid the “Let-Down Effect” and feeling sick after a stressor has passed – the after-effects of stress – is to manage your stress moment by moment rather than letting stress build up.

Scheduling in regular stress breaks, practicing regular deep relaxation, ensuring to get good sleep, making sufficient time to rest and play, not ingesting stimulants as you work through your stressors, and containing your anxiousness can all help avoid the buildup of stress and how it impacts the body's immune system.

Stress always takes a toll on the body. The consequences typically come due after the stressor is over.

Being a “moment-by-moment” stress manager is a good way to keep the body balanced and healthy.

anxietycentre.com: Information, support, and therapy for anxiety disorder and its symptoms, including the Let Down Effect.

I am incredibly grateful for her and the Anxietycentre's commitment to helping people get well. They are truly the best!
Kris, USA