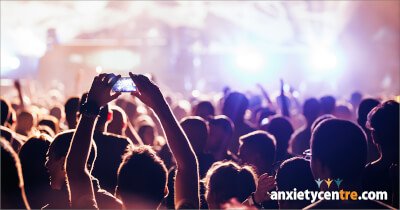 Anxiety disorder can affect all walks of life and professions. It's thought that 30 percent of people experience an anxiety disorder.

Stacey provided me with a real practical and realistic approach to help change my behaviours and break me free.
Mike, Canada