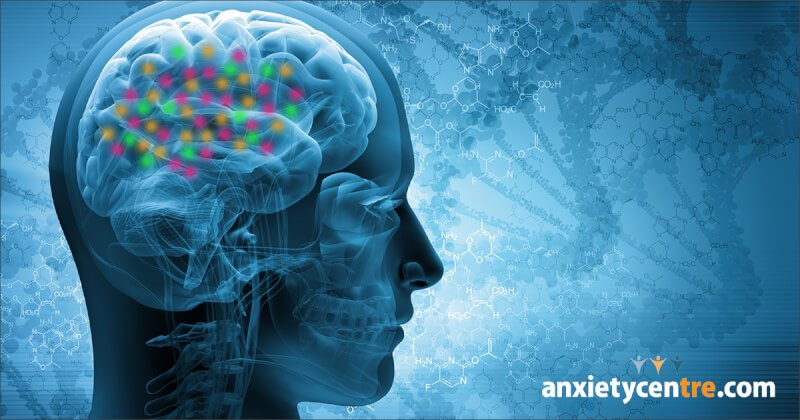 “Whatever the circumstances, depression is caused by an imbalance of certain chemicals in the brain. Normally, these “chemical messengers” help nerve cells communicate with one another by sending and receiving messages. They may also influence a person's mood. In the case of depression, the available supply of the chemical messengers is low, so nerve cells can't communicate effectively. This often results in symptoms of depression.”

“Scientific evidence suggests that depression and certain anxiety disorders may be caused by a chemical imbalance in the brain. Paxil CR helps balance your brain's chemistry. (See Important Safety information about Paxil CR.)

Just as a cake recipe requires you to use flour, sugar, and baking powder in the right amounts, your brain needs a fine chemical balance in order to perform at its best.

Normally, a chemical neurotransmitter in your brain, called serotonin, helps send messages from one brain cell to another. This is how the cells in your brain communicate.

Serotonin works to keep the messages moving smoothly. However, if serotonin levels become unbalanced, communication may become disrupted and lead to depression, anxiety, and PMDD.

Paxil CR helps maintain a balance of serotonin levels, which may help cell-to-cell communication return to normal. Paxil CR is with you throughout the day to help you manage and treat your condition.”

Many other websites claimed the same “chemical imbalance” as the cause of mental illness.

You may have also seen countless commercials on TV about the “chemical imbalance” and how medication was needed to correct the imbalance. They dominated the airwaves for many years.

This theory became so popular that the vast majority of medical and mental health professionals claimed the same cause of mental illness. Pharmaceutical companies made billions of dollars each year from their medications that were advertised to be able to “correct” the imbalance.

Well, many of us didn’t believe the “chemical imbalance” theory and did what we could to dispel it. Prominent mental health professionals such as David Burns, Jeffrey R. Lacasse, and Dr. Thomas Szazz worked hard to cut through the hype and get at the truth so that people could get help that was beneficial. But their dogged efforts were overshadowed by other attempts to keep the theory from crumbling.

Fortunately, independent research, which started overturning previous research that was heavily funded by the pharmaceutical industry, found many flaws in the theory. So many flaws that many of those who supported the theory began to question its validity.

Finally, after much work had been done to unseat the popular theory, Dr. Ronald Pies, Professor in the psychiatry departments of SUNY Upstate Medical University, Syracuse, NY and Tufts University School of Medicine, Boston, and the past Editor in Chief Emeritus of Psychiatric Times from 2007 to 2010, publicly stated in the July 11, 2011 issue of the Times:

“In the past 30 years, I don’t believe I have ever heard a knowledgeable, well-trained psychiatrist make such a preposterous claim [about chemical imbalance in the brain], except perhaps to mock it.”

"And yes, the ‘chemical imbalance’ image has been vigorously promoted by some pharmaceutical companies, often to the detriment of our patients’ understanding."

"In truth, the “chemical imbalance” notion was always a kind of urban legend - never a theory seriously propounded by well-informed psychiatrists."

We thought that theory had finally died. Yet, some still clung to it…and still do.

I empathize with Dr. Pies’ frustration. Even though the theory was false, many medical and mental health professionals continued with it, and some do today.

So, Dr. Pies’ recent article is another attempt at putting the final nail in the coffin of the “chemical imbalance” theory.

Yes, some mental illnesses have a chemical, biological, and genetic component. For the vast majority of anxiety disorders, however, that’s not the case. Therefore, there are lots of reasons to be hopeful about overcoming anxiety disorder. Hopefully, now people can get the help they need without being side-tracked by a theory that never was true.

I commend Dr. Pies for writing such an informative and fact-based article. I also appreciate that many psychiatrists fought against the chemical imbalance theory. It was their determined efforts to expose the truth that helped unseat the failed theory.

As for the bogus chemical imbalance theory and its misattribution to the profession of psychiatry, it is time to drive the stake into its misbegotten heart. We must focus on providing our patients greater access to holistic, comprehensive psychiatric care.

For the record, I agree with everything Dr. Pies wrote in his latest article and commend him for his dedication to provide real help to sufferers.

Many others have written about the demise of the “chemical imbalance” theory.

I hope we can now move on and focus on the work that does provide relief from anxiety disorder without the burden of what Dr. Pies calls the chemical imbalance theory’s “misbegotten heart”!

Thank you, Hellen, for everything. And thank you anxietycentre! God bless you all!
Janelle P., USA