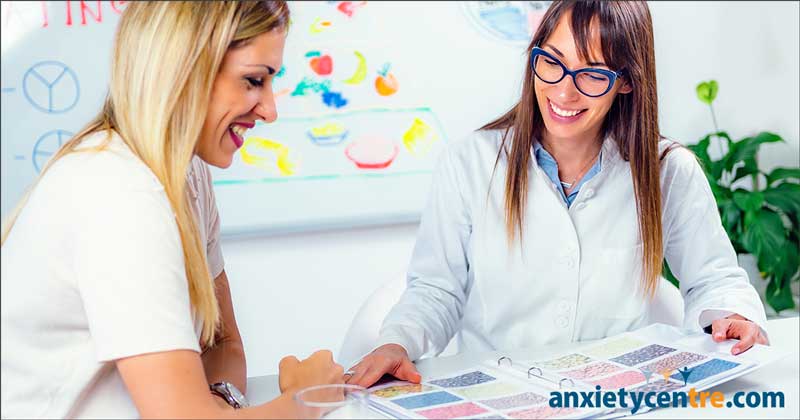 For example, many diseases and illnesses are known to be the result of an imbalance of essential nutrients in the body. Imbalances generally well recognized to be related to diet and nutrition include hypoglycemia, diabetes, mood disorders, celiac disease, scurvies (vitamin C deficiency), rickets (vitamin D deficiency), beriberi (thiamine vitamin B1 deficiency), pellagra (niacin vitamin B3 and tryptophan deficiency), goiter, protein deficiencies, cerebral allergies, spinal bifida (folic acid deficiency), and B12 deficiency, which can mimic many illnesses.

Understanding why nutrition has such an essential role in our health is a first step towards balanced wellbeing and anxiety, depression, and stress management.

The average adult human body is made up of trillions of cells with each cell created by building blocks of amino acids and other essential nutrients that we ingest through our food. Moreover, many cells need glucose for energy and function, such as brain cells.

Other chemicals in the body, such as hormones and neurotransmitters, are made out of raw materials broken down in our digestive system then absorbed and utilized as needed. While some cell materials are made by the body with nutrients the body already has, other cell materials are required on a daily basis and need to be taken in through the foods we ingest.

If the body’s digestive system is working properly — by breaking down the ingested foods correctly, assimilating them correctly, and eliminating waste products properly — we will enjoy balanced physiological and emotional health. But if we struggle with eating a balanced diet that is devoid of whole foods and essential nutrients yet filled with a toxic load of stimulants, pesticides, growth hormones, antibiotics, and prescription medications, we could compromise the workings of the digestive system and liver—the major digestive and filtering organ.

The result could affect not just the physiological aspects of the human organism, but could also affect the emotional aspects as well. Since the body works in a synchronistical body, mind, and spirit connection, if one part is out of balance, all could be out of balance.

Anxiety disorder and depressive disorder, while caused by unhealthy behaviors (thoughts and actions), can also be affected (both negatively and positively) by diet. But since there can be a great many variations and combinations of factors, it’s unrealistic to generalize.

That said, however, there is more than enough evidence to state emphatically that a healthy and well balanced diet, which includes an abundance of good fats, wholesome carbohydrates, essential amino acids, vitamins, and trace minerals, has a positive effect psychologically and emotionally.

For example, I have seen numerous PMS, migraine headache, perimenopausal, menopausal, ADD, ADHD, allergies, chronic fatigue, anxiety, stress, and depression symptoms improve with just a change in diet. Since all are emotionally implicated in some way, they respond well to nutrition protocol of whole foods and elimination of stimulants and sugar.

The type of fats ingested can also play a significant role in mental and emotional health. For example, a strict vegetarian diet, such as vegan, where all animal sources of food are eliminated, may lack saturated fat that has been linked to depression in certain people. And cholesterol, such as from saturated fat, is important as it is the precursor molecule for most all of our steroid hormones, such as pregnenolone, DHEA, testosterone, progesterone and estrogen.

But excess saturated fats, which is by far more common of the two in western Europe and North America, is linked to colon cancer and overall poor health. Cooking with polyunsaturated fat is also not recommended because it is an unstable oil and if heated, beneficial omega 3’s can change into toxic trans fats.

Learning the science of nutrition and applying it appropriately in combination with a healthy lifestyle is a true solution to a healthy mind and body. In this world of instant gratification and over indulgence, we lose sight of the fact that the old adage “we are what we eat” is still true.

If you would like to know more about how your diet may be affecting your physical, psychological, and emotional health, or if you would like to learn what changes you can make to improve your overall wellbeing, you may want to talk with a Nutrition Science Practitioner.

This study was only done with men, but physiologically women would be affected the same way and more at times when need for steroid hormones, such as pregnenolone, DHEA, testosterone, progesterone and estrogen are not in balance due to deficiencies.

anxietycentre.com: Information, support, and therapy for anxiety disorder and its symptoms, including Anxiety, Depression, And Nutrition.