Tinnitus (Ringing In The Ears): Cause And Treatment Identified 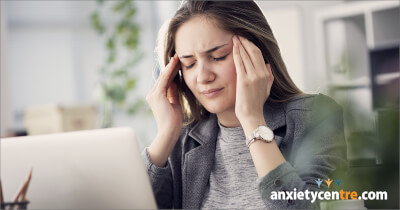 Recent research finds ringing in the ears (tinnitus) caused by the adverse effects of stress and not by the ears. Therefore, reducing stress can eliminate tinnitus.

A global research effort involving investigators from the University at Buffalo; Southeast University in Nanjing, China; and Dalhousie University in Nova Scotia, Canada, has found that tinnitus (ringing in the ears) is not caused by the ear itself, but by a neural network that is involved with auditory processing.

They also found that this neural network can become ‘stimulated’ by traumatic stress, including the stress overly apprehensive behavior can cause. Consequently, anxiety and stress are common causes of tinnitus rather than something caused by the ear or inner ear, as previously thought.

The results of this study were published in eLife in 2015.

Up until recently, tinnitus was largely a mystery, a phantom sound heard in the absence of actual sound. Tinnitus patients "hear" ringing, buzzing or hissing in their ears much like an amputee might "feel" pain in a missing limb. It is a symptom, not a disease, and though exposure to loud noise may cause it, most cases had no apparent trigger.

Existing treatments, were unreliable, either not working at all or varying greatly in effectiveness for those who report some relief.

Until the mid-1990s, tinnitus was thought to be centered in the ear, but patients who lost their hearing on one side after a surgical tumor removal unrelated to the condition reported still hearing a ringing -- in their deaf ear.

Though it's not known yet exactly where and how tinnitus occurs in the brain, Salvi says their functional MRI studies show the abnormal activity underlying tinnitus and hyperacusis isn't confined to a specific brain location, but actually involves a neural network.


Unlike traditional MRIs, which show only structure, functional MRIs show what parts of the structure are active at a given time while functional connectivity MRI reveals how one part of the brain interacts with other regions, much like partners would interact on a dance floor, explains Yu-Chen Chen, a radiologist at Southeast University and one of the study's co-authors.

The researchers induced tinnitus in rats by administering the active ingredient in aspirin, which has long been known to produce tinnitus and hyperacusis symptoms in humans.

"Certain brain regions become very active once tinnitus is induced, much more so than it is for an animal with normal hearing," says Salvi. "Even though high-dose aspirin induces a hearing loss and less information is being sent from the ear to the brain as a result, the brain responds with greater activity. It's paradoxical, like a car getting better gas mileage with a less efficient engine."

Tracing the network's course, the investigators identified a major hub within the central auditory pathway, the sound processing center of the brain.

"Other research has shown this activity, but what is novel about the current study is the amygdala pops up. This is the part of the brain that assigns emotion to our perceptions," says Salvi. "Many patients report the onset of tinnitus after experiencing significant stress or anxiety. We think it's not just the hearing loss that's essential. There are other emotional factors working together with the auditory factors."

The reticular formation, an arousal center involved in the "fight or flight" response is active too, plus the hippocampus, the memory region of the brain that helps identify where things are located, such as the location of the phantom sound. So the auditory system is connecting sound to a location, the ear in this case. There is emotion and arousal, but the final puzzling piece to the network is activity in the cerebellum, normally activated during motor planning events like reaching for a cup or catching a ball.

"We were shocked when this part of the brain popped up," says Salvi. "Almost all parts of the network can be explained: location of sound; the emotional attachment; why people get aroused when they have tinnitus; we're puzzled by the cerebellum involvement, but it might act like some kind of "gate" that's allowing the phantom sound to enter the consciousness," says Salvi.

Since chronic stress, such as that caused by overly apprehensive behavior, changes how the brain functions - such as increased electrical activity in the amygdala, which is considered the ‘fear center’ of the brain, and reduced neuronal production in the hippocampus, thought to be the memory, learning, and emotional processing center, to name a few - it’s reasonable to conclude that these changes can indeed set up the necessary conditions that cause auditory processing anomalies, such as the phantom sound associated with tinnitus.

The findings of this research are confirmed by experiential evidence.

Tinnitus is a common symptom of anxiety. 54 percent of people who struggle with anxiety disorder experience tinnitus. Yet, up until recently, the exact cause of ringing in the ears was unknown.

But what was known was that those who worked to resolve their anxiety disorder also saw their tinnitus disappear. As their body’s stress diminished, so did their tinnitus. We saw this correlation time and time again so we knew tinnitus and stress were somehow tied together. Recent research on the adverse effects of stress, and now tinnitus, confirms this connection.

So if you are experiencing tinnitus, reducing your body’s stress and giving your body ample time to recover from chronically elevated stress (stress-response hyperstimulation) should reduce and even eliminate your tinnitus.

For more detailed information about how hyperstimulation affects the body and brain, and why it can take a long time to recover from the adverse effects of hyperstimulation, see our “Hyperstimulation and Its Effects” section in Chapter 14 in the Recovery Support area of our website.

We explain how to recover from stress-response hyperstimulation in detail in the Recovery Support area of our website.

You can also find our “Two Levels of Anxiety Disorder Recovery” here.

For an overview of anxiety, its causes, effects, and treatment, see our “Anxiety 101” section.

Anxietycentre.com: Information, support, and therapy for anxiety disorder and its symptoms, including the latest anxiety research: Tinnitus (Ringing In The Ears): Cause And Treatment Identified.