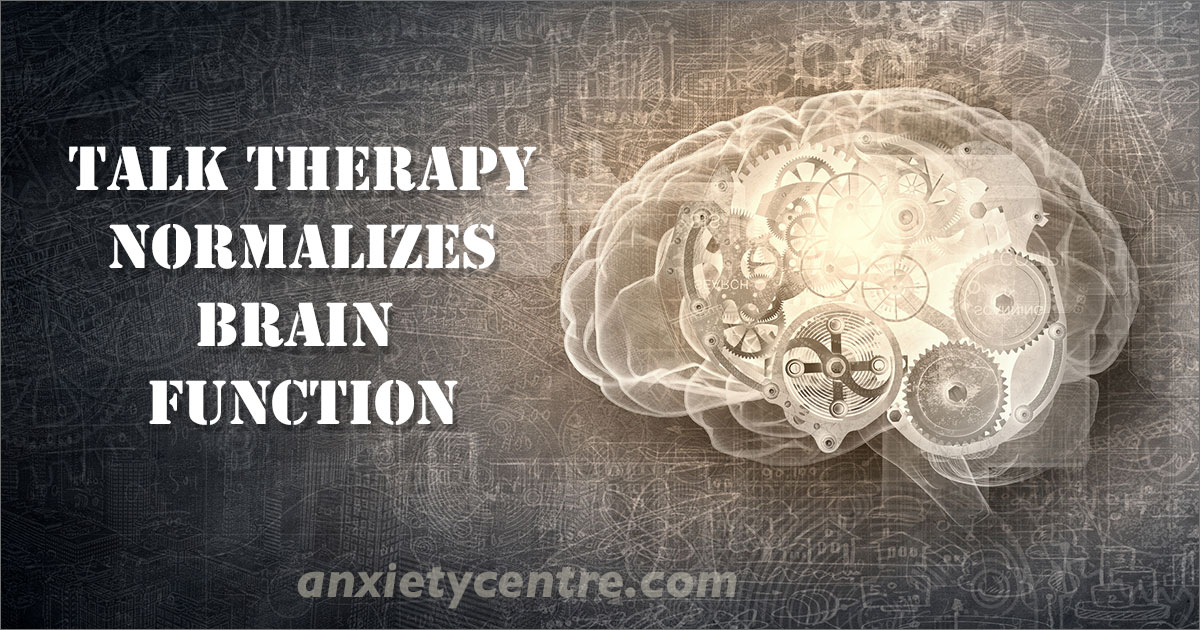 Research is changing the way we understand anxiety. Because today’s research is using tools, techniques, and methodologies not available previously, new understandings of anxiety, its causes, and treatments are emerging. These new understandings are equipping mental health professionals with effective treatment tools.

Not long ago (from the 1960s onward), there were two primary approaches to the cause and treatment of anxiety disorder (and many other mental health disorders):

Those with a background in the biological causes of medical and mental health issues theorized that anxiety disorder was caused by a combination of chemical imbalance in the brain, a biological problem with the brain, and a genetic predisposition (all biological causes that they thought resulted in behavioral issues). Therefore, medical and many mental health professionals treated anxiety disorder with what they thought where biological solutions - drugs that were thought to treat this combination of causes.

Unfortunately, the results of these treatments were less than satisfactory: only one third saw improvement in their symptoms, one third saw no change, and one third became much worse. So researchers continued to look deeper for answers.

On the other hand, cognitive behavioral therapists, who approach anxiety disorder from the behavioral perspective – the ways a person thinks and acts – primarily used psychotherapy (talk therapy, Cognitive Behavioral Therapy CBT, etc.) as a way of treating anxiety disorder.

The results of this style of treatment produced much better results. And as talk therapy techniques improved, so did the results.

Researchers continue their work to gain a more complete understanding of the cause and treatment of anxiety disorder (and many other mental health disorders). Consequently, they are now combining their focus to see how one (the biological) affects the other (behavioral) and vice versa.

Great strides have been made over the last fifteen years thanks to new technologies and methodologies. As a result, much more is being discovered. For example, research has shown that the chemical imbalance cause of anxiety disorder (and many other mental health issues) wasn’t true. As a result, the chemical imbalance theory was discarded in 2011.

Moreover, research has also found that the ‘biological problem with the brain’ theory as a cause for anxiety disorder also wasn’t true. That theory was discarded many years ago, as well.

Research in genetics, epigenetics, and behavioral genetics is also showing that genes, while they may play a role, are more reactive to behavior rather than causal. So many researchers have switched their focus to the interplay between behavior and its effects on the body. The latest research from the University of Zurich, Zurich University Hospital, and the University Hospital of Psychiatry Zurich is an example.

These researchers found that talk therapy is effective because it alters key brain structures that are involved in the processing and regulation of emotions. And that has always been the intent of talk therapy – to discover the behavioral reasons why people become overly anxious and address them using effective cognitive/behavioral techniques that reverse the reasons and their effects.

For example, the press release associated with this research states:

“In patients suffering from social anxiety disorder, regulation of excessive anxiety by frontal and lateral brain areas is impaired. Strategies aimed at regulating emotions should restore the balance between cortical and subcortical brain areas. These strategies are practised in cognitive behavioral therapy (CBT) which is a central therapy for social anxiety disorder. The study from Zurich investigated structural brain changes in patients suffering from social anxiety disorder after a specific ten-week course of CBT. Using magnetic resonance imaging (MRI), the participants' brains were examined before and after CBT.

“"We were able to show that structural changes occur in brain areas linked to self control and emotion regulation," says Annette Brühl, head physician at the Center for Depression, Anxiety Disorders and Psychotherapy at the University Hospital of Psychiatry Zurich (PUK). The more successful the treatment, the stronger brain changes. The research group was also able to demonstrate that brain areas involved in processing emotions were more interconnected after the treatment. "Psychotherapy normalizes brain changes associated with social anxiety disorder," Brühl sums up.”


This research confirms earlier research that CBT changes the brain.

In this case, those who were previously socially anxious became more ‘normalized’ in their response to social settings.

As this (and many other research) show, making healthy behavioral change does have a positive impact not only on our lifestyle but also on how the body functions. It’s this two-fold process that can help anxiety disorder sufferers overcome issues with anxiety and its symptoms…once and for all.

NOTE: Because of its continued and proven research-based success, CBT is the ‘Gold Standard’ treatment for anxiety disorder (and many other mental health disorders, including depression).