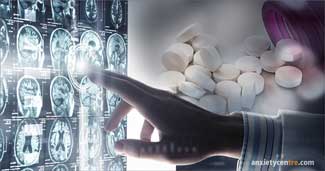 The long-term effects of antidepressant medications are now becoming more widely known…and there is a long list of adverse effects, including this one.

Unfortunately, most doctors aren’t told about the many adverse effects of the medications they prescribe. This is why it’s important for patients to take an active role in managing their health. Long-gone are the days when you should just “trust” your doctor's recommendations without understanding them and how they can impact your short and long-term health and well-being.

Discussing your medications with your pharmacist can also be helpful. Pharmacists are more informed about the interactions, side effects, and potential long-term effects of medication…far more so than doctors, especially General Practitioners.

You can read the research below:

Patients taking anti-depressant medications classified as selective serotonin reuptake inhibitors (SSRIs) are 40 percent more likely to develop severe gastrointestinal bleeding, particularly when they also use common over-the-counter pain relievers, according to a research review in the Journal of the American Osteopathic Association.

Nearly 13 percent of Americans 12 years and older take an antidepressant, and SSRIs are among the most frequently prescribed because they are relatively low-cost, effective and safe. However, they also carry risks for gastrointestinal and intracranial bleeding that compound when taken with other medications.

The most common and concerning interactions occur with nonsteroidal anti-inflammatory drugs (NSAIDs) including ibuprofen (Advil, Motrin) and naproxen (Aleve), anticoagulants like warfarin (Coumadin) or antiplatelet medications such as aspirin and clopidogrel (Plavix).

"The real risk comes from the assumption that each of these drugs is relatively safe and benign. But they all carry a risk for bleeding, and that risk increases when these medications are taken concurrently," says lead author Wei Cheng Yuet, PharmD, assistant professor of pharmacotherapy at University of North Texas Health Science Center. While gastrointestinal bleeding is most common, in rare instances patients can develop intracranial bleeding, which is a life-threatening event.


Yuet says that the risk for bleeding is well established but not well known among patients. She encourages physicians to take a full inventory of the medications their patients take, including over-the-counter NSAIDs.

"Whenever physicians discover their patients are taking any combination of these medications, they should begin assessing the risks and benefits and determine whether there are alternative treatment plans," says Yuet. "For example, physicians should periodically assess antidepressant use even when patients are stable on therapy."

Otherwise, Yuet says it is important for physicians educate their patients on how to recognize symptoms of gastrointestinal bleeding, such as bright red blood in their stool or dark, tarry stool. She also recommends physicians monitor their patients closely for symptoms of gastrointestinal bleeding during the first 30 days of SSRI therapy, especially if patients are taking concurrent medications that may increase bleeding risk.

Anxietycentre.com: Information, support, and therapy for anxiety disorder and its symptoms, including the latest in anxiety research: SSRI Antidepressants Significantly Increase Risk Of GI, Intracranial Bleeding.