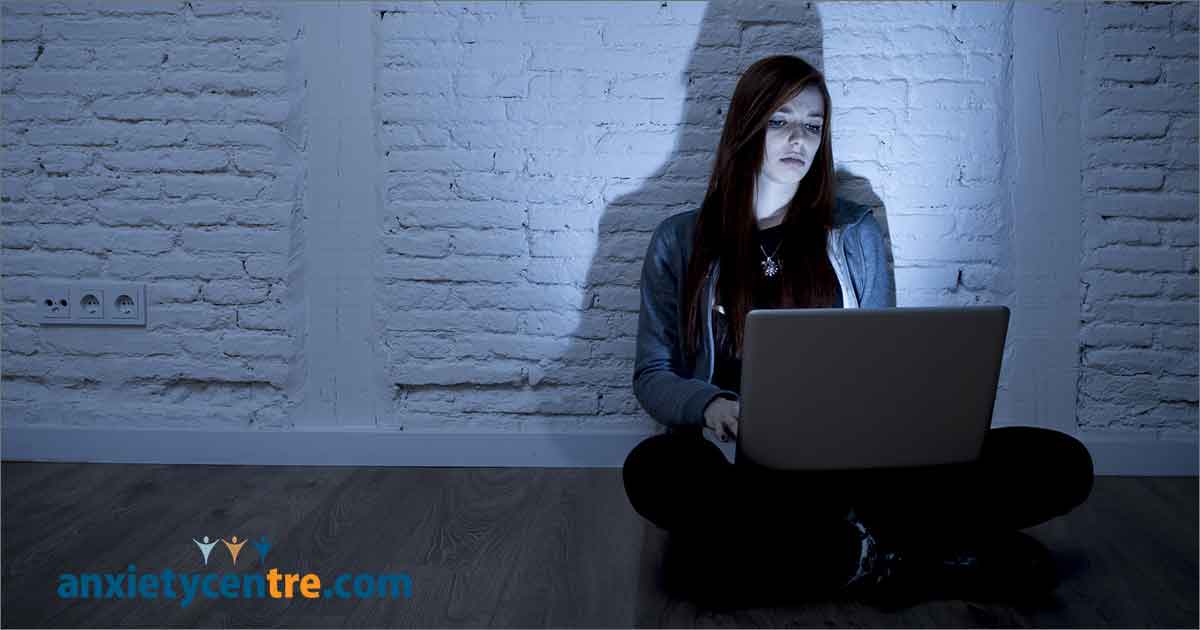 A new study finds that teens, especially girls, who spend several hours per day on phones and tablets are more likely to be depressed and have suicide-related outcomes

Increased time spent in front of a screen -- in the form of computers, cell phones and tablets -- might have contributed to an uptick in symptoms of depression and suicide-related behaviors and thoughts in American young people, especially girls, according to a new study by San Diego State University professor of psychology Jean Twenge.

The findings point to the need for parents to monitor how much time their children are spending in front of media screens.

"These increases in mental health issues among teens are very alarming," Twenge said. "Teens are telling us they are struggling, and we need to take that very seriously."

Twenge, along with SDSU graduate student Gabrielle Martin and colleagues Thomas Joiner and Megan Rogers at Florida State University, looked at questionnaire data from more than 500,000 U.S. teens found in two anonymous, nationally representative surveys that have been conducted since 1991. They also looked at data suicide statistics kept by the U.S. Centers for Disease Control and Prevention.

They found that the suicide rate for girls aged 13-18 increased by 65 percent between 2010 and 2015, and the number of girls experiencing so-called suicide-related outcomes--feeling hopeless, thinking about suicide, planning for suicide or attempting suicide -- rose by 12 percent. The number of teen girls reporting symptoms of severe depression increased by 58 percent.

"When I first saw these sudden increases in mental health issues, I wasn't sure what was causing them," said Twenge, author of iGen: Why Today's Super-Connected Kids Are Growing Up Less Rebellious, More Tolerant, Less Happy -- And Completely Unprepared for Adulthood. "But these same surveys ask teens how they spend their leisure time, and between 2010 and 2015, teens increasingly spent more time with screens and less time on other activities. That was by far the largest change in their lives during this five-year period, and it's not a good formula for mental health."


The researchers returned to the data and looked to see if there was a statistical correlation between screen-time and depressive symptoms and suicide-related outcomes. They found that 48 percent of teens who spent five or more hours per day on electronic devices reported at least one suicide-related outcome, compared to only 28 percent of those who spent less than an hour a day on devices. Depressive symptoms were more common in teens who spent a lot of time on their devices, as well.

The findings fit with previous studies that have linked spending more time on social media to unhappiness.

On the positive side, the researchers found that spending time away from screen and engaging in in-person social interaction, sports and exercise, doing homework, attending religious services, etc., was linked to having fewer depressive symptoms and suicide-related outcomes. The researchers reported their findings today in the journal Clinical Psychological Science.

While economic struggles are generally thought to be linked to depression and suicide, the U.S. economy was improving between 2010 and 2015, so that is unlikely to be the primary driver of these increases, Twenge noted.

"Although we can't say for sure that the growing use of smartphones caused the increase in mental health issues, that was by far the biggest change in teens' lives between 2010 and 2015," she said.

The good news? You don't have to totally give up on electronic devices to lower your risk for depression and suicide-relayed outcomes. Twenge said that limiting screen-time to one or two hours per day would statistically fall into the safe zone for device usage.

Anxietycentre.com: Information, support, and therapy for anxiety disorder and its symptoms, including the latest anxiety research: How screen time might boost depression and suicide behaviors in teens.