Screen Time Linked To Anxiety And Depression In Children 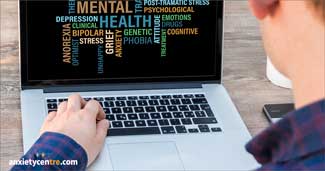 In a previous article, we said that research has found a link between vulgar and crude behavior with the development of abusive relationships, which can lead to mental health issues.

Healthy parenting styles can go a long way to preventing the development of mental health issues in this regard.

In this new research, researchers from San Diego State University found a link between screen time and the development of mental illness in children, specifically anxiety disorder and depression. Here again, these types of mental illnesses can be prevented with healthy parenting that sets limits on screen time.

This is not the first research to show a connection between screen time and the development of mental illness. There have been a number of studies that have arrived at the same conclusion,[1][2][3] including a study last year that found screen time could boost depression and suicidal behavior in teens.

Since the old adage “an ounce of prevention is worth a pound of cure” is still true today, we can reverse the rising trend in mental illness merely by adopting healthy behavior where research has pinpointed known causes.

Even though there is a very high success rate in overcoming mental health challenges, such as with anxiety disorder and depression, it’s far better to avoid the development of these disorders rather than having to work to overcome them once developed. Making healthy behavioral change now can prevent years of needless struggle and recovery.

You can read the press release of this recent research below.

Too much time spent on gaming, smartphones and watching television is linked to heightened levels and diagnoses of anxiety or depression in children as young as age 2, according to a new study.

Twenge and Campbell's results were published in an article, "Associations between screen time and lower psychological well-being among children and adolescents: Evidence from a population-based study," which appeared this month in Preventative Medicine Reports

Twenge and Campbell were particularly interested in associations between screen time and diagnoses of anxiety and depression in youth, which has not yet been studied in great detail.

Their findings provide broader insights at a time when youth have greater access to digital technologies and are spending more time using electronic technology purely for entertainment, and also as health officials are trying to identify best practices for managing technology addiction.

"Previous research on associations between screen time and psychological well-being among children and adolescents has been conflicting, leading some researchers to question the limits on screen time suggested by physician organizations," Twenge and Campbell wrote in their paper.

The National Institute of Health estimates that youth commonly spend an average of five to seven hours on screens during leisure time. Also, a growing body of research indicates that this amount of screen time has adverse effects on the overall health and well-being of youth.

Also timely: the World Health Organization this year decided to include gaming disorder in the 11th revision of the International Classification of Diseases. The organization is encouraging "increased attention of health professionals to the risks of development of this disorder" as gaming addiction may now be classified as a disease.

Utilizing National Survey of Children's Health data from 2016, Twenge and Campbell analyzed a random sample of more than 40,300 surveys from the caregivers of children aged 2 to 17.

The nationwide survey was administered by the U.S. Census Bureau by mail and online and inquired about topics such as: existing medical care; emotional, developmental and behavioral issues; and youth behaviors, including daily screen time. Twenge and Campbell excluded youth with conditions such autism, cerebral palsy and developmental delay, as they may have impacted a child's day to day functioning.

Twenge and Campbell found that adolescents who spend more than seven hours a day on screens were twice as likely as those spending one hour to have been diagnosed with anxiety or depression - a significant finding. Overall, links between screen time and well-being were larger among adolescents than among young children.

"At first, I was surprised that the associations were larger for adolescents," Twenge said. "However, teens spend more time on their phones and on social media, and we know from other research that these activities are more strongly linked to low well-being than watching television and videos, which is most of younger children's screen time."

Among other highlights of Twenge and Campbell's study:

The study provides further evidence that the American Academy of Pediatrics' established screen time limits - one hour per day for those aged 2 to 5, with a focus on high-quality programs - are valid, Twenge said.

In terms of prevention, establishing possible causes and outcomes of low psychological well-being is especially important for child and adolescent populations. "Half of mental health problems develop by adolescence," Twenge and Campbell wrote in their paper.

"Thus, there is an acute need to identify factors linked to mental health issues that are amenable to intervention in this population, as most antecedents are difficult or impossible to influence," they continued. "Compared to these more intractable antecedents of mental health, how children and adolescents spend their leisure time is more amenable to change."

Anxietycentre.com: Information, support, and therapy for anxiety disorder and its symptoms, including the latest anxiety research: Screen Time Linked To Anxiety And Depression In Children.