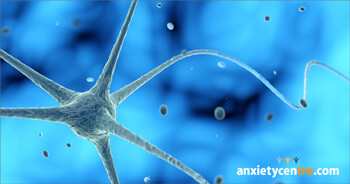 Many people suffer from anxiety and fears, and a common treatment for these problems is exposure therapy. In a new study published in Current Biology, researchers at Uppsala University have shown how the effect of exposure therapy can be improved by disrupting the recreation of fear-memories in people with arachnophobia.

Studies show that up to 30 per cent of all people suffer an anxiety disorder at some point in their lives. Anxiety leads to great suffering for those affected, but can be treated with exposure therapy, in which the patient is gradually exposed to the object or context that provokes the reactions. If exposure therapy is successful, a new 'safe' memory is formed, which overshadows the old fear memory. But not everyone is helped by this treatment, in part because the learning that takes place during the treatment is not permanent; the memory may return at some point later on after an initially successful exposure. Memory researchers have now demonstrated that the improvement can be made more lasting.

When a person is reminded of something, the memory becomes unstable and is re-saved. If you disrupt the re-saving of the memory, so-called reconsolidation, the creation of the memory can be disrupted and the memory that is saved can be changed. A fear memory could thus be weakened or erased, and this offers hope for improved treatment of anxiety disorders. But until now there has been doubt if this would be possible because older and stronger memories have proven to be difficult to disrupt.


In a study published in the prestigious journal Current Biology, researchers from Uppsala University and Karolinska Institutet in Sweden have now for the first time shown that it is possible to use this method to reduce fear in life-long phobias. The researchers exposed individuals with arachnophobia to spider pictures while measuring their brain activity in the amygdala, a part of the brain that is strongly linked to fear.

They found that an activation of the fear memory, consisting of a mini-exposure 10 minutes before a more extensive exposure, led to significantly reduced amygdala activity when the subjects looked at the spider pictures again the following day. Because the memory is made unstable before exposure and re-saved in its weakened form, the fear does not return as easily. The day after exposure, the group that received an initial activation of their spider fear showed reduced amygdala activity in comparison with a control group. Avoidance of spiders also decreased, which could be predicted from the degree of amygdala activation.

'It is striking that such a simple manipulation so clearly affects brain activity and behaviour. A simple modification of existing treatments could possibly improve effects. This would mean more people getting rid of their anxieties after treatment and fewer relapses,' says Johannes Björkstrand, PhD student at the Department of Psychology, Uppsala University.

Anxietycentre.com: Information, support, and therapy for anxiety disorder and its symptoms, including the latest in anxiety research: Memory Activation Before Exposure Can Reduce Fear.