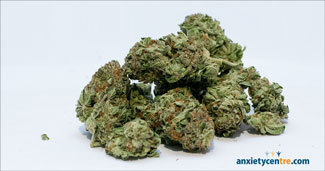 But that’s not the bad news.

“The study, funded by the National Health and Medical Research Council and led by the National Drug and Alcohol Research Centre (NDARC) at UNSW Sydney, found that participants who were using cannabis reported over a series of assessments they were experiencing greater pain and anxiety, were coping less well with their pain, and reported that pain was interfering more in their life, compared to those not using cannabis. There was no clear evidence that cannabis led to reduced pain severity or pain interference or led participants to reduce their opioid use or dose.” - Medical Press, July 4, 2018.

So, instead of a reduction in pain, medical cannabis produced greater pain and less ability to manage it.


This study confirms a study completed in 2009 that found marijuana can amplify and prolong pain rather than damping it down.[2]

"To sum up, we've discovered a novel mechanism that can transform transient normal pain into persistent chronic pain," Neugebauer said. "Persistent pain is notoriously difficult to treat, and this study offers insight into new mechanisms and possibly a new target in the spinal cord."

“It also raises questions about the efficacy of marijuana in relieving acute pain, given that endocannabinoids and the cannabinoids found in marijuana are so biochemically similar. "If you had a toothache, you probably wouldn't want to treat it with marijuana, because you could actually make it worse," Neugebauer said. "Now, for more pathological conditions like neuropathic pain, where the problem is a dysfunction within the nerves themselves and a subsequent disturbance throughout the nervous system that's not confined to the pain system, marijuana may be beneficial. There are studies that seem to show that. But our model shows cannabinoids over-activating the pain system, and it just doesn't seem like a good idea to further increase this effect." - University of Texas Medical Branch at Galveston press release about this research.

Consequently, taking medical (or recreational) marijuana for pain relief, while not only ineffective, but it can make your pain much worse and much harder to manage.

Anxietycentre.com: Information, support, and therapy for anxiety disorder and its symptoms, including the latest in anxiety research: Medical Marijuana Doesn’t Reduce Chronic Pain.