Marijuana Use Link To Psychosis Confirmed 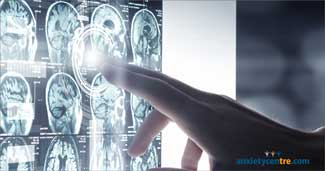 The link between marijuana use and psychotic-like experiences has been confirmed in a Canadian adolescent cohort.

It’s our wish that all people experience good mental health. Good mental health is when we deal with life’s ups and downs in healthy ways, which is facilitated by healthy coping strategies that lead to an overall sense of well-being, belonging, enjoying a meaningful life, and happiness. Good mental health can also lead to rewarding, deeply satisfying, and secure relationships.

Unfortunately, there are a number of troubling trends emerging today that ultimately lead mental health in the wrong direction. One such trend is the acceptance of marijuana use. While we understand the desire to find artificial ways of becoming happy and care-free, many produce adverse effects with long-lasting consequences. Being aware of the lifestyle choices that produce adverse effects and avoiding them gives you a better chance of attaining lasting good mental health without the threat of long-term harm.

The research below is one such example of how a chosen lifestyle can lead to long-term mental health problems, which can ultimately detract from the quality of your overall life experience:

Going from an occasional user of marijuana to a weekly or daily user increases an adolescent's risk of having recurrent psychotic-like experiences by 159%, according to a new Canadian study published in the Journal of Child Psychology and Psychiatry. The study also reports effects of marijuana use on cognitive development and shows that the link between marijuana use and psychotic-like experiences is best explained by emerging symptoms of depression.

"To clearly understand the impact of these results, it is essential to first define what psychotic-like experiences are: namely, experiences of perceptual aberration, ideas with unusual content and feelings of persecution," said the study's lead author, Josiane Bourque, a doctoral student at Université de Montréal's Department of Psychiatry. "Although they may be infrequent and thus not problematic for the adolescent, when these experiences are reported continuously, year after year, then there's an increased risk of a first psychotic episode or another psychiatric condition."

She added: "Our findings confirm that becoming a more regular marijuana user during adolescence is, indeed, associated with a risk of psychotic symptoms. This is a major public-health concern for Canada."

What are the underlying mechanisms?

One of the study's objectives was to better understand the mechanisms by which marijuana use is associated with psychotic-like experiences. Bourque and her supervisor, Dr. Patricia Conrod at Sainte Justine University Hospital Research Centre hypothesized that impairments in cognitive development due to marijuana misuse might in turn exacerbate psychotic-like experiences.

This hypothesis was only partially confirmed, however. Among the different cognitive abilities evaluated, the development of inhibitory control was the only cognitive function negatively affected by an increase in marijuana use. Inhibitory control is the capacity to withhold or inhibit automatic behaviours in favor of a more contextually appropriate behaviour. Dr. Conrod's team has shown that this specific cognitive function is associated with risk for other forms of substance abuse and addiction.

"Our results show that while marijuana use is associated with a number of cognitive and mental health symptoms, only an increase in symptoms of depression -- such as negative thoughts and low mood -- could explain the relationship between marijuana use and increasing psychotic-like experiences in youth," Bourque said.

These findings have important clinical implications for prevention programs in youth who report having persistent psychotic-like experiences. "While preventing adolescent marijuana use should be the aim of all drug strategies, targeted prevention approaches are particularly needed to delay and prevent marijuana use in young people at risk of psychosis," said Patricia Conrod, the study's senior author and a professor at UdeM's Department of Psychiatry.

Conrod is optimistic about one thing, however: the school-based prevention program that she developed, Preventure, has proven effective in reducing adolescent marijuana use by an overall 33%. "In future programs, it will be important to investigate whether this program and other similar targeted prevention programs can delay or prevent marijuana use in youth who suffer from psychotic-like experiences," she said. "While the approach seems promising, we have yet to demonstrate that drug prevention can prevent some cases of psychosis."

A large youth cohort from Montreal

The study's results are based on the CIHR-funded Co-Venture project, a cohort of approximately 4,000 adolescents aged 13 years old from 31 high schools in the Greater Montreal area. These teens are followed annually from Grade 7 to Grade 11. Every year they fill out computerized questionnaires to assess substance use and psychiatric symptoms. The teens also complete cognitive tasks to allow the researchers to evaluate their IQ, working memory and long-term memory as well as their inhibitory control skills.

To do their study, the research team first confirmed results from both the United Kingdom and Netherlands showing the presence of a small group of individuals (in Montreal, 8%) among the general population of adolescents who report recurrent psychotic-like experiences. Second, the researchers explored how marijuana use between 13 and 16 years of age increases the likelihood of belonging to the 8%. Finally, they examined whether the relationship between increasing use of marijuana and increasing psychotic-like experiences can be explained by emerging symptoms of anxiety or depression, or by the effects of substance use on developing cognitive abilities.

Anxietycentre.com: Information, support, and therapy for anxiety disorder and its symptoms, including the latest in anxiety research about how marijuana use link to psychosis has been confirmed.