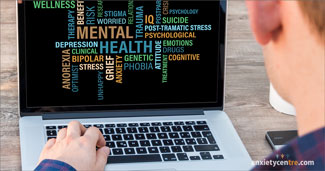 Research has repeatedly shown that Cognitive Behavioral Therapy (CBT) is the most effective treatment for mental health disorders, such as anxiety disorder, depression, stress disorder, and even sleep disorders (insomnia, sleep dread).[1]

Research has also repeatedly shown that CBT delivered at a distance via telephone (teletherapy) or over the Internet (ICBT) is just as effective, if not more effective than delivered in person for adolescents and adults.[2][3][4][5]

The latest research has found that ICBT is also efficacious even for children (ages 8 to 12 years old).[6] The research findings are published as:

Based on these findings, the researchers concluded:

“ICBT is an efficacious and cost-effective treatment for paediatric anxiety disorders that should be considered for implementation in routine clinical care.”

Anxietycentre.com has been delivering CBT at a distance (via telephone and over the Internet) since 2004. Our experiences agree with the above research.

You can read the press release for this research here.

anxietycentre.com: Information, support, and coaching/counseling/therapy for problematic anxiety and its sensations and symptoms, including the latest in anxiety research: Internet Cognitive Behavioral Therapy (ICBT) Effective Even For Children.