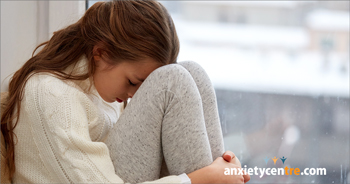 Recent research by Stanford University School of Medicine found the brain’s fear center sends signals to the decision-making part of the brain that makes it harder to regulate negative emotions in chronically stressed or anxious children.

“The more anxious or stress-reactive an individual is, the stronger the bottom-up signal we observed from the amygdala to the dorsolateral prefrontal cortex,” said the study’s senior author, Vinod Menon, PhD, the Rachael L. and Walter F. Nichols, MD, Professor and professor of psychiatry and behavioral sciences. “This indicates that the circuit is being hijacked in more anxious children, and it suggests a common marker underlying these two clinical measures, anxiety and stress reactivity.”

Anxietycentre.com: Information, support, and therapy for anxiety disorder and its symptoms, including How Anxiety Hijacks Emotional Regulation In Children.