'Hard To Justify' Medical Cannabis Use For Mental Disorders 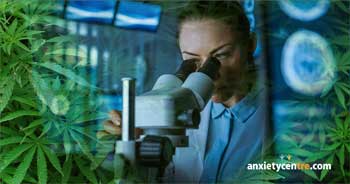 A new systematic review and meta-analysis finds that there's little evidence to support the use of cannabinoids to treat mental health disorders, such as anxiety disorder, depression, posttraumatic stress disorder, and psychosis.[1]

"Patients who are interested in using cannabinoids for mental disorders should understand that there's limited evidence for it, and if they do choose this intervention, there needs to be monitoring to check that it's helpful and is not causing harm," lead investigator Louisa Degenhardt, PhD, National Drug and Alcohol Research Centre, University of New South Wales, Sydney, Australia, told Medscape Medical News.[2]

However, a large body of evidence has shown that cannabis use can increase anxiety, depression, and psychotic symptoms, and lead to dependence, she added.

"In many ways, we know more about the long-term risks of regular cannabis use than we do about its benefits for people with mental disorders," said Degenhardt. Meanwhile, she added, the trend toward legalization of cannabis has made it widely available on a global scale.

Because many sources claim cannabis can play a therapeutic role in the treatment of mental health disorders, this study sought to find the evidence to support that claim.

The investigators describe their research as "the most comprehensive systematic review and meta-analysis examining the available evidence for medicinal cannabinoids in treating mental disorders and symptoms."

Based on the research summary, the following method was used:


For this systematic review and meta-analysis we searched MEDLINE, Embase, PsycINFO, the Cochrane Central Register of Controlled Clinical Trials, and the Cochrane Database of Systematic Reviews for studies published between Jan 1, 1980, and April 30, 2018. We also searched for unpublished or ongoing studies on ClinicalTrials.gov, the EU Clinical Trials Register, and the Australian and New Zealand Clinical Trials Registry. We considered all studies examining any type and formulation of a medicinal cannabinoid in adults (≥18 years) for treating depression, anxiety, attention-deficit hyperactivity disorder (ADHD), Tourette syndrome, post-traumatic stress disorder, or psychosis, either as the primary condition or secondary to other medical conditions.

We placed no restrictions on language, publication status, or study type (ie, both experimental and observational study designs were included). Primary outcomes were remission from and changes in symptoms of these mental disorders.

The safety of medicinal cannabinoids for these mental disorders was also examined. Evidence from randomised controlled trials was synthesised as odds ratios (ORs) for disorder remission, adverse events, and withdrawals and as standardised mean differences (SMDs) for change in symptoms, via random-effects meta-analyses. The quality of the evidence was assessed with the Cochrane risk of bias tool and Grading of Recommendations, Assessment, Development and Evaluation (GRADE) approach. This study is registered with PROSPERO (CRD42017059372, CRD42017059373, CRD42017059376, CRD42017064996, and CRD42018102977).

The study was published in Lancet Psychiatry online, Oct 28.

As it stands today, it appears this research holds true for what most people experience from using cannabinoids for mental health disorders and their symptoms.

Anxietycentre.com: Information, support, and therapy for anxiety disorder and its symptoms, including anxiety research about Hard To Justify' Medical Cannabis Use For Mental Disorders.