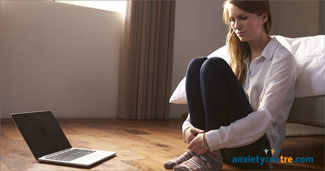 For the first time, just over 50 per cent of female students in Ontario show signs of moderate to serious psychological distress, according to the latest Ontario Student Drug Use and Health Survey (OSDUHS), released by Toronto's Centre for Addiction and Mental Health (CAMH).

Psychological distress - which refers to symptoms of anxiety or depression - has been rising steadily among all Ontario students in Grades 7 to 12 since it was first monitored in 2013.

However, girls seem to fare worse on this and other mental health measures.

The 2017 OSDUHS, which surveyed 11,435 students, is Canada's longest-running study of mental health and substance use among youth.

Five per cent of secondary school students reported symptoms suggesting they had a serious problem with use of technology. For the first time, the survey included questions on these symptoms, which included a preoccupation with technology, a loss of control, withdrawal symptoms, and problems with family and friends.

"While the survey can't tell us whether technology use causes mental health issues, or vice versa, there is some evidence from other studies that there may be a link," says CAMH Senior Scientist Dr. Robert Mann, co-lead of the survey.

Concussions and other injury risks

And 33 per cent of students who drive still report that they text and drive, a figure that has not changed since 2015, even though the provincial government strengthened distracted driving laws that year with new penalties for texting and driving. "We know that distracted driving leads to collisions and injuries, so reducing texting and driving among students is crucial," says Dr. Mann.

One in four students visited a professional for a mental health issue over the past year, a figure that has remained stable from past surveys. Five per cent of secondary school students were prescribed a medication for anxiety, depression, or both, and about three per cent of all students sought help by calling a telephone counselling helpline or over the internet.

Still, nearly one-third said they wanted to talk to someone about their mental health, but did not know where to turn. Almost four in 10 said that they rarely or never talk to their parents about their problems or feelings.

"These findings, coupled with the results showing increasing psychological distress and suicidal ideation, underscore the critical importance of creating youth-friendly spaces that provide a range of services," says Dr. Joanna Henderson, Director, Margaret and Wallace McCain Centre for Child, Youth & Family Mental Health at CAMH and Executive Director of Youth Wellness Hubs Ontario (YWHO). YWHO will target the needs of 12 to 25-year-olds as integrated "one-stop-shops" for mental health, substance use, primary care, education/employment/training, housing and other community and social services.

On a positive note, there have been significant declines over the past two decades in violent behaviour, carrying a weapon and physical fighting at school.

"The majority of students - 81 per cent - report that they like school to some degree, and nearly half like school quite a lot or very much," says Dr. Hamilton.

While being a victim of bullying at school is still reported by 21 per cent of students, it has also dropped from 33 per cent since 2003. The same percentage, 21 per cent, report being cyber-bullied, which has not changed from previous surveys.

anxietycentre.com: Information, support, and coaching/counseling/therapy for problematic anxiety and its sensations and symptoms, including the latest in anxiety research: Psychological Stress Can Make Pain Worse.