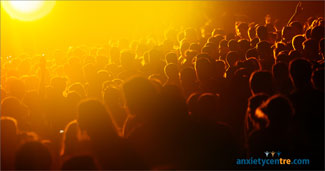 A new study has found that religiosity has been associated with positive health outcomes, such as reduced stress and longevity.

The study by Marino Bruce, a Vanderbilt University professor and the associate director of the school’s Center For Research On Men’s Health, published in the journal PLOS (Public Library Of Science), has found that people who attend worship services may reduce their mortality risk by 55 percent – especially those between the ages of 40 – 65.

The study collected data on over 5,000 people, tracking their church attendance along with variables, such as socioeconomic status and health insurance coverage. Based on the data, the research team devised a statistical model to predict risk of mortality.

The results showed that those who didn’t attend church at all were twice as likely to die prematurely than those who attended a worship service in the last year.


The research found churchgoers (the religious) had lower stress overall. And as church attendance increased, so did the benefits of better health.

Bruce believes it’s a combination of factors that help reduce stress and mortality, such as social support, a sense of community and compassion, and holiness, which he explains as “being a part of something that’s greater than oneself.”

This research echoes a previous 20-year Harvard University study that also found churchgoing reduced mortality in women (included data on 75,000 women between the ages of 46 and 71).

The takeaway: if you want to reduce your stress and live longer, go to church.

Anxietycentre.com: Information, support, and therapy for anxiety disorder and its symptoms, including the latest in anxiety research about how going to church can reduce stress and mortality.