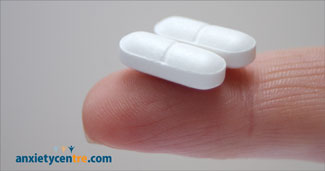 A recent study by Uppsala University has found that the benefits of antidepressants are mostly based on psychological factors rather than anything chemical.

Selective serotonin reuptake inhibitors (SSRIs) are commonly prescribed for depression and anxiety but their superiority over placebo has been questioned, generating considerable debate among researchers and clinicians. In a new study, Uppsala University researchers found that what a person thinks about the medication determines how effective it is.

“In the debate among clinics and researchers on SSRIs, it has been argued that SSRIs may lack specific therapeutic properties and that their beneficial effects observed in clinical trials, could be explained by different expectancies in the drug and placebo groups. In a double-blind study, the participant may come to realise that he or she has been given the drug instead of placebo because of the experienced side effects, and this may in turn result in increased expectations of improvement and a better effect is reported. However, as of yet, it has not been tested experimentally to what extent the clinical effect of SSRIs can be influenced by the patient's expectancies induced by the information patients are given at prescription.

“In a study published in EBioMedicine, a group of researchers at Uppsala University's Department of Psychology, Sweden, now demonstrate considerably better effects of the SSRI escitalopram when given with correct as compared to incorrect verbal information.

“In the randomised study, all patients with social anxiety disorder were treated with the same dosage of escitalopram for nine weeks, but only one group was correctly informed about the drug and its effectiveness. By use of a cover story the other group was led to believe they were treated with a so called 'active placebo', yielding similar side effects as the SSRI but out of which no clinical improvement could be expected.”

Author of the study, Vanda Faria, said that their results showed that the number of responders was three times higher when participants expected results than when patients thought they were treated with an ineffective active placebo, even though the pharmacological treatment was identical.

Furthermore, the press release went on to say:

“…assessments with MR neuroimaging showed that the SSRI had different effects on brain activity when associated with expectations of improvement or not. There were differences between the two groups in activations of the posterior cingulate cortex and the coupling between this region and the amygdala which is central to fear and anxiety.”

"This may reflect an interaction between cognition and emotion as the brain changes differently with medication pending on the patient's expectancies," says co-author Malin Gingnell.”

What this research truly highlights: how we think affects how we feel. This is why Cognitive Behavioral Therapy (CBT) is the Gold Standard treatment for anxiety and depression. CBT addresses our behavior (the ways we think and act). As our behavior becomes healthy, we feel better. This is also the reason why anxiety and depression aren’t caused by a biological, chemical, or genetic problem, but a behavoral problem. When we change our behavior, we change our psychological, emotional, and physiological outcomes. Successfully addressing the root of the problem - our unhealthy behavior - eliminates the problem and its symptoms.

You can read the study here.

anxietycentre.com: Information, support, and coaching/counseling/therapy for problematic anxiety and its sensations and symptoms, including the latest in anxiety research: Efficacy Of Antidepressants Largely Psychological.