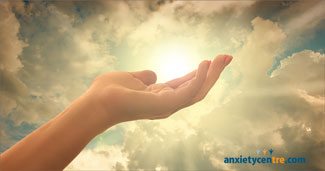 Research over the last three years has found a dramatic rise in mental illness and suicide among all age groups, particularly the youth. For example:

No matter where you look, mental health problems and suicide rates are rising sharply and there doesn’t appear to be any end in sight. Again, this is particularly true for youth.

We’ve seen this in our own work over the last 15 years. While it seems that more and more societies are moving toward policies that better please their people, such as about abortion, homosexuality, transgenderism, legalization of marijuana, shorter work hours, working from home, a trend toward socialism, and so on, theoretically, there should be a downward trend in mental illness and suicide rather than an upward spike if those issues actually made people happy.

To figure out what is causing the upward rather than the downward trend in spite of the many changes in social policies, researchers are now exploring a wide variety of options, including the spiritual. For example, a study by Baylor University found that “a majority of young adults with severe mental illness - bipolar disorder, schizophrenia or major depression - consider religion and spirituality relevant to their mental health.” This research echoes numerous previous studies over the last 15 years that found a positive correlation between incorporating religious/spiritual concepts in with traditional cognitive therapy (often referred to as RCBT - Religious Cognitive Behavioral Therapy), especially for mental disorders like anxiety and depression.[11][12][13][14][15]

Based on the success of RCBT, many institutions and treatment facilities in Europe are at the forefront of bringing these treatments mainstream. Many in North America are also moving in that direction. For instance, we also incorporate religious/spiritual aspects into the treatment of anxiety and depression (as well as many other mental health challenges) for those who are interested in discussing religious/spiritual matters. We’ve found that discussing religious/spiritual matters where appropriate enhances the recovery process and can lead to a more meaningful and lasting recovery (especially because they address the big questions/fears in life, such as death, dying, pain and suffering, loss, uncertainty, self-worth, meaning/purpose in life, and so on).


The press release below is an another example of what researchers are discovering about the inclusion of religious/spiritual concepts in mental health care, including for youth.

Holly Oxhandler, Ph.D., associate dean for research and faculty development in the Garland School of Social Work, served as lead author on the study, which was published in the journal Spirituality in Clinical Practice.

Researchers examined data from 55 young adults (ages 18-25) with serious mental illness who had used crisis emergency services. Of the 55 young adults interviewed, 34 "mentioned religion or spirituality in the context of talking about their mental health symptoms and service use with little-to-no prompting," researchers wrote.

The sample for the study was racially diverse and gender-balanced. Not all of those interviewed considered themselves religious, as 41 percent answered "other," "I don't know" or "none" when asked their religious preference. However, researchers found that religion and spirituality emerged as a unique way in which this sample was able to make sense of their difficult life situations and mental health struggles.

"Not only did these young adults struggle with serious mental illness, but they had also experienced extreme adversity - including abuse, poverty, homelessness, addiction, near-death experiences, loss and an overwhelming lack of access to medical and mental health services," researchers wrote. "Yet, many attempted to explain, make sense of or organize their circumstances through their religious/spiritual perspective and talked about God as a source of comfort and support."

The young adults expressed both positive and negative views of God, prayer and support from religious and spiritual communities. Regardless of their views, the important thing to note, Oxhandler explained, is that they're talking about these topics - something social workers and counselors traditionally are not often equipped or trained to assess or discuss.

"It's the elephant in the room," Oxhandler said of discussions of religion and spirituality. "If we continue to ignore it, we're ignoring a huge component of peoples' lives that may be tied to the clinical issue."

Oxhandler, who has researched this area extensively, said such discussions can help drive subsequent treatment options.

"As mental health care providers discern what mental health services to provide or coping strategies to recommend, it's especially important they understand the role of religion/spirituality in the lives of the vulnerable young adults they serve," she said.

Negative religious coping or experiences included having a negative experience with a religious organization not being supportive or receiving hurtful messages from the religious community.

"Those who discussed their relationship with God or a higher power discussed God providing a sense of comfort or protection, accepting them for who they are or positively intervening in their lives," Oxhandler said. "Among those who unpacked the role of their support systems and faith, they often described family and friends referencing religion or God for support, and some even offered recommendations for others struggling with mental illness that involve religion and spirituality."

Some of those interviewed shared that they found the mention of God or religion by family and friends less than helpful.

For example, a 22-year-old white female with no religious identification mentioned in her interview that a family member "tries to tell me that going to church will be better for me because it will help me find peace, and it really does quite the opposite."

Interestingly, researchers noted that nearly all participants who reported negative experiences with religion and spirituality also reported utilizing positive religious and spiritual coping or having a positive relationship with God.

Oxhandler said such complexity highlights the importance of including religion and spirituality during the initial assessment with a client.

"It's critical that mental health care providers be well equipped and trained to assess for the complex role of religion and spirituality in the lives of young adults with serious mental illness, recognizing that it could appear to be a tremendous source of support and resilience and/or a source of pain and discomfort, if even a part of their lives at all," she said.

Anxietycentre.com: Information, support, and therapy for anxiety disorder and its symptoms, including the latest in anxiety research: Discuss Religion, Spirituality When Treating Mental Illness And Suicide.

18. D'Souza, Russell. “The Importance of Spirituality in Medicine and Its Application to Clinical Practice.” The Medical Journal of Australia, 21 May 2007, www.mja.com.au/journal/2007/186/10/importance-spirituality-medicine-and-its-application-clinical-practice.