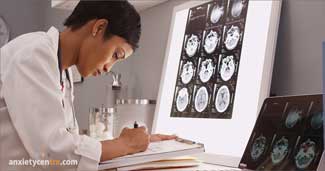 The latest research published in Psychological Medicine by Cambridge University Press found that CBT alone is superior to Interpersonal Psychotherapy (IPT) and even when IPT is combined with antidepressant medications.[1]

The researchers sought to determine if CBT and IPT were equally effective treatments for major depressive disorder, including IPT combined with antidepressants.

Researchers systematically searched PsycArticles, PsycINFO, PubMed, and Cochrane Library through December 2017 for studies that assessed individuals with major depression receiving CBT or IPT in a face-to-face format both at pre- and post-treatment. Random-effects moderator meta-analyses were conducted.

168 samples from 137 studies, including 11,374 partipants, qualified for the meta-analytical review.

Furthermore, CBT is superior treatment for major depressive disorder while IPT alone is just as effective as IPT with antidepressants.

This research throws into question the use of antidepressants in the optimum treatment of major depressive disorder since talk-therapy with and without medication showed no difference.

This research once again confirms talk-therapy out-performs medication in the treatment of many mental health disorders, including anxiety disorder, panic disorder, depression, and now major depression.

Anxietycentre.com: Information, support, and therapy for anxiety disorder and its symptoms, including CBT Alone Is Superior Treatment For Major Depression.