Bullying Causes Mental Health Issues Such As Anxiety And Depression 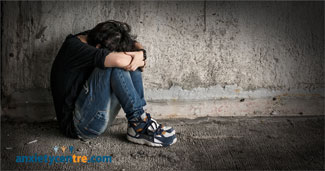 While bullying doesn't cause anxiety or depression, it can cause a person to think anxiously and depressed about being bullied, and can create beliefs and behaviors that cause issues with anxiety and depression later in life.

Fortunately, we can work through these mental health challenges with the help of an experienced therapist. The sooner a person does this work, the better. Many of us at anxietycentre.com have come from a background where bullying was a factor.

Anxiety and depression caused by childhood bullying decline over time

A new UCL-led study has provided the strongest evidence to date that exposure to bullying causes mental health issues such as anxiety years later.

The study, published today in JAMA Psychiatry and funded by MQ: Transforming Mental Health and the Economic and Social Research Council, found that the detrimental effects of bullying decreased over time, which the authors say shows the potential for resilience in children exposed to bullying.

The study involved 11,108 participants from the Twins Early Development Study (TEDS), which is based at King's College London. By surveying twins, researchers were able to look at the associations between bullying and mental health outcomes, and then account for the confounding effects of their genes and shared environmental influences because they studied both monozygotic ("identical") twins who have matching genes and home environments and dizygotic ("non-identical") twins, who don't share all of their genes, but have matching home environments. Both children and their parents filled out questionnaire: at age 11 and 14 they were asked about peer victimization, and at 11 and 16 they were asked about mental health difficulties.

The effect sizes were stronger before controlling for shared environmental factors and genetics, confirming that bullying itself is only partly to blame for the poor mental health outcomes experienced by bullied children.

The researchers found that, once confounding factors were removed, there remained a causal contribution of exposure to bullying to concurrent anxiety, depression, hyperactivity and impulsivity, inattention, and conduct problems. Two years later, the impact on anxiety persisted. Five years later, there was no longer an effect on any of those outcomes, but 16-year-olds who had been bullied at age 11 remained more likely to have paranoid thoughts or cognitive disorganisation (a tendency for thoughts to become derailed).

"While our findings show that being bullied leads to detrimental mental health outcomes, they also offer a message of hope by highlighting the potential for resilience. Bullying certainly causes suffering, but the impact on mental health decreases over time, so children are able to recover in the medium term," Dr Pingault said.

"The detrimental effects of bullying show that more needs to be done to help children who are bullied. In addition to interventions aimed at stopping bullying from happening, we should also support children who have been bullied by supporting resilience processes on their path to recovery. Our findings highlight the importance of continuous support to mental health care for children and adolescents" he said.

Dr Sophie Dix, Director of Research at MQ: Transforming Mental Health said: "This important research is further strong evidence of the need to take the mental health impacts of bullying seriously. We hope this study provides fresh impetus to make sure young people at risk - and those currently being bullied - get effective help as soon as possible."

"More than one in five UK young people say they've recently been bullied. And now this unprecedented study gives the strongest evidence to date that bullying can directly cause many common mental health conditions - and have a serious effect on mental health in the long-term. But the good news is that it shows that people can and do get better - demonstrating the importance of resilience. Now we need to understand why this is and develop new ways, through research, to intervene and change lives," she said.

anxietycentre.com: Information, support, and coaching/counseling/therapy for problematic anxiety and its sensations and symptoms, including the latest in anxiety research about how bullying causes mental health issues such as anxiety and depression.