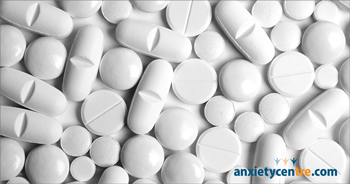 Midazolam, a benzodiazepine anti-anxiety medication, reduces empathy according to a new study

Psychotropic medications, such as benzodiazepines, can cause many side effects. A recent study found that midazolam, a benzo anti-anxiety medication, cause a reduction in empathy.

A recent study by a team of researchers at the University of Chicago Medical Center has found that midazolam, a benzodiazepine anti-anxiety medication, caused a reduction in empathy in rats, which suggests it can reduce empathy in humans, as well. This research was published in the journal Frontiers In Psychology.

In a previous study, rats quickly learned to release their trapped cage mates, seen as a sign of empathy for their companions in distress. In the latest study, rats treated with midazolam did not open the door to a restrainer device containing a trapped rat, although control rats routinely freed their trapped companions. Midazolam did not interfere with the rats' physical ability to open the restrainer door, however. In fact, when the restrainer device contained chocolate instead of a trapped rat, the test rats routinely opened the door. The findings show that the act of helping others depends on emotional reactions, which are dampened by the anti-anxiety medication.

The experiments utilized a rat-helping test originally established in a 2011 study published in Science by Mason, Inbal Ben-Ami Bartal, PhD, a post-doctoral scholar now at the University of California, Berkeley, and Jean Decety, PhD, Irving B. Harris Professor of Psychology and Psychiatry at the University of Chicago. In those early experiments, the team placed two rats that normally shared a cage into a special test arena. One rat was held in a restrainer--a closed tube with a door that can be nudged open only from the outside. The second rat roamed free in the cage around the restrainer, able to see and hear the trapped cage mate.

Stress, like what happens after seeing and hearing a trapped companion, triggers the adrenal gland and sympathetic nervous system and causes physical symptoms such as increased heart rate and high blood pressure. To test if the rats' helping behavior was driven by these physical changes, Mason and her team conducted a separate series of experiments by giving the rats nadolol, a beta-blocker similar to those used to treat high blood pressure. Nadolol prevents the pounding heart and other bodily signs of a stress response. Rats given nadolol were just as likely to help their companions as those injected with saline or nothing at all. "What that tells you is that they don't have to be physiologically, peripherally aroused in order to help. They just have to care inside their brain," Mason said.


Mason's team also created a statistical model to find out if helping other rats was a rewarding, behavior for the animals that became reinforced over time, or if they simply became more comfortable with the testing environment and improved their ability to open the restrainer. Using data collected from the rats' behavior during the experiments, Haozhe Shan, an undergraduate student at UChicago, calculated the probability that each rat would free a companion in each testing session. He then projected these probabilities over 10,000 simulated attempts while keeping each trial independent, meaning that if a rat opened the restraint one day it was no more likely to open on the next day.

When Shan compared the simulated data to those from the experiments, he saw that the untreated rats performed better than the simulations predicted. If they freed a companion one day, the probability that they would do so again the next day increased, meaning the behavior was being reinforced. Meanwhile, rats given midazolam were no more likely to free a companion one day to the next, even if they did so on a previous day.

"We take that as a sign that the rats given midazolam don't find the outcome rewarding…”, Shan said.

Mason and her team also tested levels of corticosterone, a stress hormone, in the rats when first exposed to the trapped cage mate and compared them to their later behavior. Those with low- to mid-level responses were most likely to free their companions later. They found that those with the highest levels of corticosterone, or those that were under the most stress from the situation, were the least likely to help their cage mates. This fits well with findings in humans suggesting that eventually high stress becomes immobilizing rather than motivating.

The takeaways from this research is that anti-anxiety medications, such as benzodiazepines, can reduce empathy, but so can high levels of stress, such stress-response hyperstimulation.

Anxietycentre.com: Information, support, and therapy for anxiety disorder and its symptoms, including the latest in anxiety research: Benzodiazepine Medications Reduce Empathy.