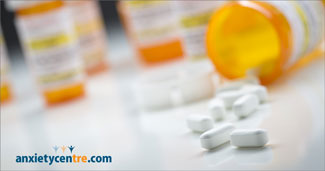 Recent research by University of Basel, published August 30, 2017, in JAMA Psychiatry found antidepressants, such as SSRI (Selective Serotonin Reuptake Inhibitors) and SNRIs (Serotonin-Norepinephrine Reuptake Inhibitors) provided only slightly better results than placebo for children and adolescents, but produced a wide range of side effects, including serious side effects such as suicidal behavior.

“Psychologists from the University of Basel analyzed 36 drug trials in cooperation with colleagues from Harvard Medical School and the American National Institute of Mental Health. The trials included data from 6,778 children and adolescents up to the age of 18.

“The results of the meta-analysis show that, although antidepressants work significantly better than placebos across the range of disorders, the difference is small and varies according to the type of mental disorder. However, the results also showed that the placebo effect played a significant role in the efficacy of antidepressants. The study also found that patients treated with antidepressants complained of greater side effects than those who received a placebo. The side effects included everything from mild symptoms such as headaches to suicidal behavior,” the study’s press release noted.

Because most of the benefit was due to the placebo effect, yet antidepressants produced a wide range of harmful side effects, including suicide ideation, the study emphasized:

“There is some evidence for the benefit of selective serotonin reuptake inhibitors and serotonin-norepinephrine reuptake inhibitors in children and adolescents, but owing to the higher risk for severe adverse events, a cautious and individual cost-benefit analysis is of importance.”

Since the placebo effect was so strong, especially with depression, the lead authors Dr. Cosima Locher and Helen Koechlin from the Division of Clinical Psychology & Psychotherapy at the University of Basel's Faculty of Psychology see potential for using the placebo effect in new treatment concepts.

This makes sense. Anxiety is based on fear, and depression is based on feeling hopeless, helpless, and trapped. If a person thinks a medication can help her feel better, she will feel better. Just the hope of feeling better will help people feel better.

What this study and others really show is that attitude makes all the difference. We feel how we think. If we want to feel better, we need to think better.

This is also why cognitive behavioral therapy, and versions thereof, are successful, which is why CBT is the “Gold Standard” treatment for depression and anxiety. Therapy helps people think in healthier ways, which changes an otherwise anxious and depressed attitude into one of hope, optimism, and peace. The benefit of therapy is that it doesn’t produce side effects. A person can gain relief from problematic anxiety and depression without the harmful side effects associated with antidepressants.

But the findings of this research aren’t new. Numerous studies before this have arrived at the same conclusion – that antidepressants perform no better than placebo but produce a wide range of harmful side effects, including suicidal behavior. This is not to mention all of the other harmful effects of antidepressants that have been published over the last five years, such as increased risk of death, increased risk of Alzheimer’s and other dementias, increasing anxiety and depression in one third of people who take them, worsening sexual dysfunction, increase birth defects if taken during pregnancy, worsening tinnitus, and many, many others.

Since most of the benefit of antidepressants is due to the placebo effect (attitude), you can achieve the same results if not better by working on your attitude. Working with an experienced therapist is the most effective way to do this.

Takeaways from this research:

You can read the research here.

anxietycentre.com: Information, support, and coaching/counseling/therapy for problematic anxiety and its sensations and symptoms, including the latest in anxiety research that found antidepressants provide little benefit over placebo but produce harmful side effects such as suicidal behavior.