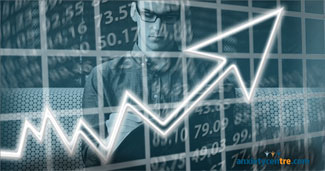 An online poll, conducted by the American Psychiatric Association (APA), has found that Americans are becoming more anxious about their safety, health, finances, politics, and relationships. The poll, conducted in March, found the national anxiety score, which is derived on a 0 – 100 scale, is 51, a five-point jump since 2017.

The poll results found that anxiety in Americans increased in all age groups and demographics (race, ethnicity, and men and women). Overall, millennials continued to be more anxious than Gen-Exers or baby boomers, but baby boomers’ anxiety increased the most over last year with a seven-point jump.

“This poll shows U.S. adults are increasingly anxious particularly about health, safety and finances. That increased stress and anxiety can significantly impact many aspects of people’s lives, including their mental health, and it can affect families.” said APA President Anita Everett, M.D. “It highlights the need to help reduce the effects of stress with regular exercise, relaxation, healthy eating and time with friends and family.”

The poll also found that the vast majority of Americans believe mental health affects physical health, and that untreated mental illness has a significant impact on the economy. Moreover, about fifty percent of respondents said there is less stigma associated with mental illness than ten years ago.

While there are a number of natural strategies that can help reduce anxiety, such as regular exercise, meditation, relaxation, rest, eating healthy, getting good sleep, and spending time with loved ones, these may not be enough if anxiety reaches the disorder level – when anxiety interferes with a normal lifestyle. Anxiety disorders can be successfully treated with good self-help information, such as that in our Recovery Support area, and with the help of an experienced anxiety disorder therapist. Since there is so much good help available, no one needs to suffer with an anxiety disorder.

Anxietycentre.com: Information, support, and therapy for anxiety disorder and its symptoms, including the latest in anxiety research - Americans Experience A Sharp Increase In Anxiety.