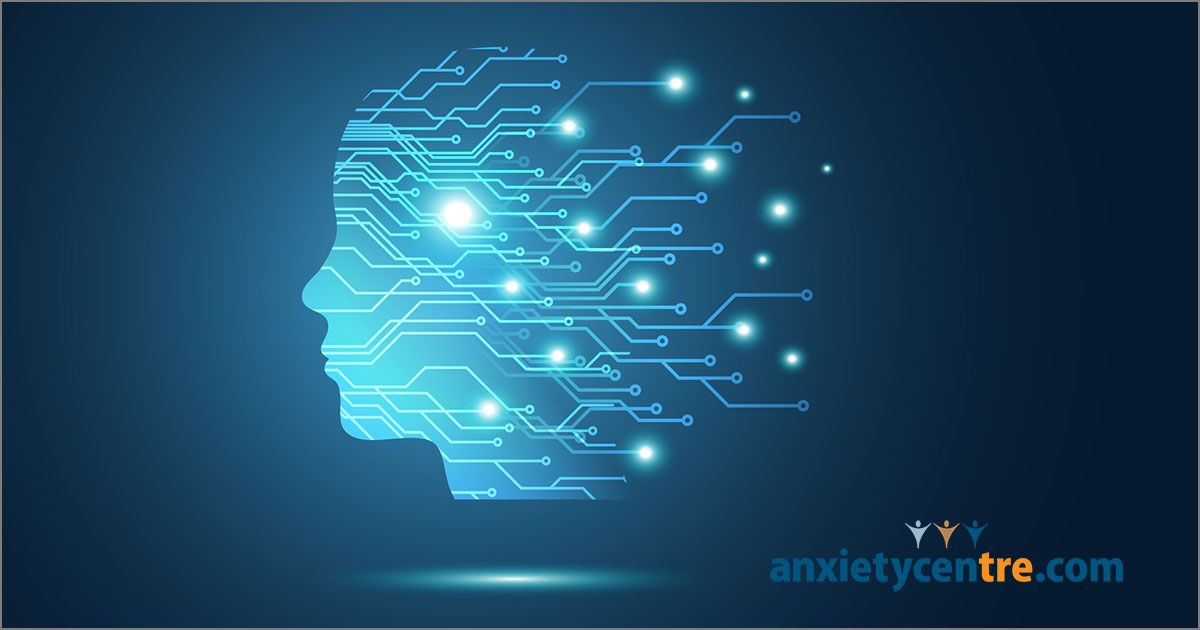 Beliefs: What they are and how they relate to anxiety disorder.

In the article, “System Of Beliefs,” we wrote about how the conclusions we make about life form our System of Beliefs (SOB), and that these conclusions are based on our opinions.

Opinion can be defined as: a view or judgment formed about something, not necessarily based on fact or knowledge.

While our opinions might be based on facts (they don’t necessarily need to be), our SOB is made up of our opinions, nevertheless.

We also said that our SOB is the primary driver of our behaviors. For more information, read our System Of Beliefs article if you haven’t already.

Our behaviors stem from a process that can be illustrated as:

We think about our life experience as we interact with the world (External Influences). The thoughts we think are heavily influenced by our SOB. Based on the interaction between our thought-life and our SOB, we arrive at conclusions. These conclusions drive our decisions, which then drive our actions.

Behavior is the entire process of thinking and acting.

This process takes place every time we perform an action…whether we are aware of it or not.

Habituation is defined as: an automatic reaction to a specific situation.

“Practice makes perfect” comes to mind regarding habituation. The more often we repeat something, the more automatic it becomes.

So, behaviors can become so automatic that they feel instinctual, second nature, and seemingly innate. Nevertheless, however, our behaviors do involve a process of thinking, decision-making, and resulting action.

If you want to change a behavior, you’ll need to address it at the thinking level…which is where apprehensive behavior originates. You do that by understanding your SOB, what it contains, why you originally made those conclusions, what conclusions are unhealthy (which lead to apprehensive behavior), and making healthy behavioral change. You can start that process by understanding beliefs, what they are, where they came from, and assessing them to see if they are unhealthy and why.

Belief can be defined as: something one accepts as true or real, also untrue and unreal.

For example, most of us believe that the sun in the sky is real. We believe that because we see it everyday (when it’s not cloudy) and science has shown that it is real. Therefore, we believe the sun is real.

Based on this conclusion, our SOB may be populated with:
Beliefs: it’s "True" that the sun is real.
Values: the sun allows us to live on earth, so the sun is "Good."
Preferences: many of us ‘Like’ the sun because of these conclusions, and additionally, because the sun feels warm. There are most likely a number of other reasons many people "Like" the sun.

In this case, our SOB contains these statements: that the reality of the sun is “True,” we believe the sun is “Good,” and we “Like” it. Once these statements have been internalized (learned and accepted) into our SOB, if someone asked us about the sun, we’d most likely answer:

As we mentioned in the System Of Beliefs article, once we’ve internalized our conclusions, they are difficult to change, especially when they fall into the Values and Beliefs categories. The Preferences, category, not so much.

What if we wanted to arrive at a different opinion about the sun, what would we need to do?

To change behavior (the way we respond when someone asks us about the sun), we would need to change our SOB.

If someone also convinced you the sun is harmful, and therefore, not “Good,” this would also change your Values statement to: the sun is BAD.

And if you believe the sun is bad, your preference could change to: I “Dislike” the sun.

These different opinions would change your SOB accordingly. Then, when someone asked you about the sun, you’d most likely respond differently to what you did originally with, “There is no sun. If there was a sun, it would be bad, and therefore, I would dislike it.”

A change in your SOB causes a change in behavior.

So how does this all apply to anxiety?

Apprehensive behavior is caused by unhealthy aspects of your SOB. If you want to eliminate apprehensive behavior, you’ll need to identify those unhealthy parts of your SOB and change them so that your resulting behavior is healthy rather than apprehensive. Overcoming anxiety disorder and its symptoms is all about making this type of healthy behavioral change – at the cognitive level since that is where our behaviors start.

Here’s an example:
Many people who struggle with anxiety disorder do so because they firmly believe they are inferior to others and/or that they are flawed in some way. This is unhealthy self-esteem. Unhealthy self-esteem is heavily influenced by how their SOB is constructed. Here’s why:

Many people who struggle with anxiety disorder were raised in environments where there was a form of physical, psychological, emotional, and/or spiritual abuse. An example of this would be a child growing up in a home where their father was overly critical, had unrealistic expectations, and was a strict disciplinarian. As a result, it would seem to the child that everything he did wasn’t good enough for his father. Furthermore, when the child did something the father thought the he shouldn’t have done, the father would yell, huff and puff, stomp around, and threaten violence. In this example, sometimes the father was physically abusive (spanking, slapping, punching, etc.).

It’s important to understand the father learned his parenting style from his parents and thought he was doing what was best for the child. However, the child didn’t perceive it that way at the time. Since children take things personally, the child concluded that there was something wrong with HIM because his father was always upset with him. Year after year of this type of treatment generally results in a child’s SOB having some unhealthy beliefs, such as:

Having these types of beliefs in my SOB, naturally they will heavily influence how I behave. For example, apprehensive behaviors that stem from beliefs like these include:

And a multitude of other apprehensive behaviors.

Being so concerned day after day, can take a toll on the mind, emotions, and body. It’s no wonder a person can end up dealing with anxiety disorder. And this is just the tip of the iceberg. When I (Jim Folk) struggled with anxiety disorder, most of my SOB were populated with unhealthy beliefs, values, and preferences, as are many of those who struggle with anxiety issues.

The circumstances children experience early in life influence their conclusions about life and affect how their SOB is constructed. Once their Values, Beliefs, and Preferences are constructed, they drive their apprehensiveness.

This is a common scenario: the SOB we construct during our formative years, and the behaviors that stem from it, are most often the very ones we use as adults. Because we don’t know that our SOB and behaviors are unhealthy, we don’t think there is anything wrong with them…until we experience symptoms, unhealthy relationships, and life impairment. My own struggle with anxiety disorder is what drove me to seek help.

Once I started to get help for my anxiety, I realized that many of my previously held Values, Beliefs, and Preferences were unhealthy. So, I had to go back and change them in order to overcome my issues with anxiety. To do that, I had to identify the many unhealthy conclusions in my SOB that motivated apprehensive behavior, find out what healthy replacements were and why, and then, replace my unhealthy conclusions with healthy ones. Once that was done, my behaviors became healthy rather than apprehensive.

It generally takes an experienced anxiety disorder therapist to, first, help you identify the unhealthy behaviors. Second, help you identify the unhealthy components of your SOB that are influencing your overly apprehensive behavior. Third, help you understand where your unhealthy SOB and behaviors originated from and why. Fourth, help you learn what ‘healthy’ is. Fifth, to support you through making healthy change. And sixth, to give you ongoing guidance, support, and encouragement as you apply those changes to your relationships and life circumstances.

Self-help materials, while helpful and an important part of the recovery process, generally aren’t sufficient to help people make meaningful and lasting change. Moreover, applying healthy change in existing relationships and circumstances most often requires ongoing support, as many people in these relationships and circumstances don’t want us to change and will work to resist it. This is why working with an experienced anxiety disorder therapist is so valuable and why it is the most effective way to overcome anxiety issues.

This is why we recommend therapy…it is the most effective way to overcome problematic anxiety.

Professional therapy is often the only way to overcome issues with problematic anxiety, especially anxiety in the moderate and above ranges. You can read more about this in the next article, “Why Therapy For Anxiety Works.”

anxietycentre.com: Information, support, and coaching/counseling/therapy for problematic anxiety and its sensations and symptoms, including information about beliefs and anxiety disorder.