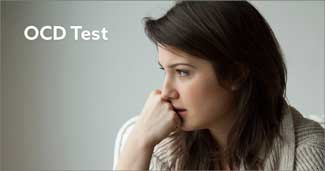 OCD is classified as an anxiety disorder when the obsessions and/or compulsions interfere with a normal lifestyle.

Are you obsessive compulsive? Do you have OCD tendencies?

Take this short 10 question OCD test to see if your behavior could be classified in the Obsessive Compulsive Disorder category, and if so, to what degree.

Go through each question and answer it according to how you truly feel. Keep in mind that all questions have a preselected answer. Be sure to make the necessary changes on each question.

Once you are finished, click the "See Results" button to go to the next page for your test results.