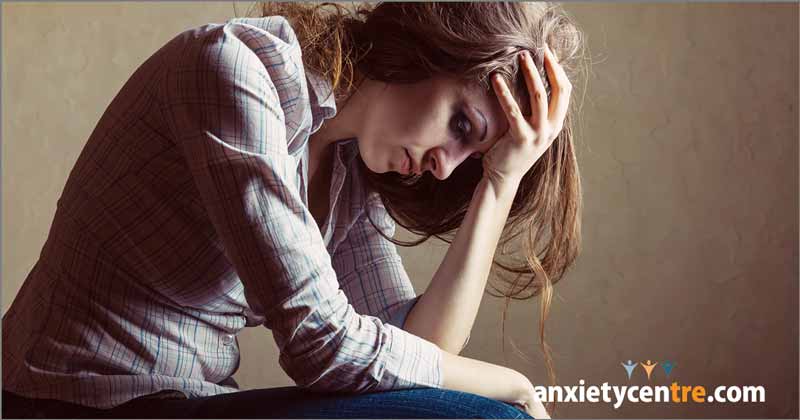 Anxiety can affect all age groups and genders. While anxiety symptoms are similar for all people, there are some important gender differences to consider. This “Anxiety Symptoms In Women” article explains these differences and how you can use this information to reduce their impact.

Stress hormones affect other hormones. Consequently, women have a higher likelihood of being affected due to the hormonal changes caused by the menstruation cycle.

Women can also experience an increase in symptoms due to the biological changes of pregnancy, miscarriage, child birth, postpartum recovery, and menopause.

There are also behavioral differences,[5][6] such as women are more emotionally expressive than men and share their experiences with others more than men. When under stress, women tend to reach out to others for support, which can ease the burden of stress. For many women, sharing their experiences with anxiety and how they feel is therapeutic whereas sharing is stressful for many men.

Moreover, women also experience anxiety over different things than men. For instance, women have a tendency to be anxious about relationships whereas men are less likely. Women are more concerned about their appearance and how they interact with other women than are men. There are numerous differences between the things women and men concern themselves about.

Overall, even though anxiety can produce similar symptoms for women and men, there are some subtle differences between women and men.

7. Gao, Shan, et al. "Oxytocin, the peptide that bonds the sexes also divides them." Proceedings of the National Academy of Sciences of the United States of America, 5 July 2016.