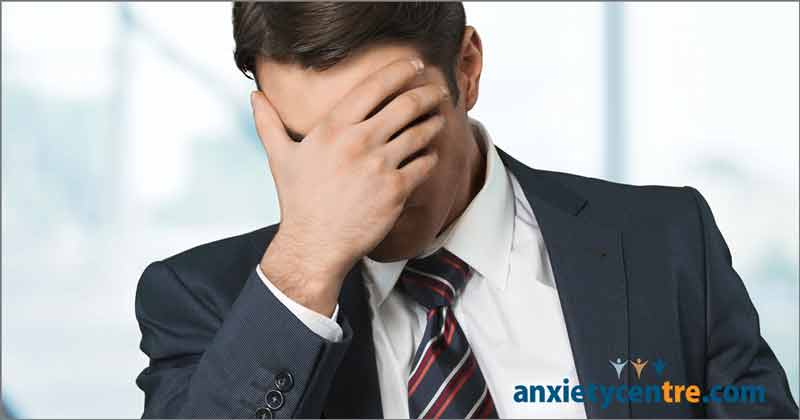 Anxiety can affect all age groups and genders. Even though anxiety symptoms can be similar for all people, there are some gender differences. This “Anxiety Symptoms In Men” article explains these differences and how you can use this information to reduce their impact.

Stress hormones affect other hormones, including male hormones, such as testosterone,[5] which can result in reduced sex drive.

Men are also different neurologically and biologically.[6][7] These differences can cause behavioral differences.

For instance, where women are more emotional and like to share their feelings and problems as a way of reducing stress, men are less likely to. Men tend to bottle up their emotions, try to problem-solve on their own, and prefer solitude when stressed. As such, men aren’t as expressive as women.

Men also tend to be anxious about different things than women. Finances, supporting the family, the responsibility of children, career matters, being successful, being financially secure, and so on, are common fears among men whereas they are less prominent in women.

Overall, even though anxiety can produce similar symptoms for men and women, there are some subtle differences between men and women.

8. Gao, Shan, et al. "Oxytocin, the peptide that bonds the sexes also divides them." Proceedings of the National Academy of Sciences of the United States of America, 5 July 2016.