Anxiety And Burning, Tingling, Numbness, Pins and Needles In The Mouth 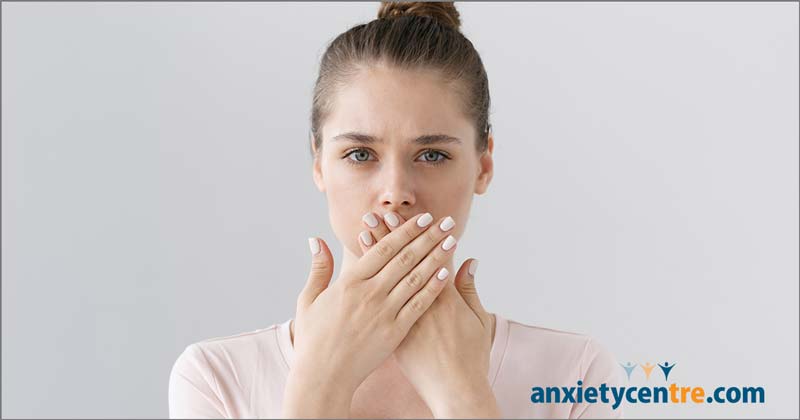 This article explains the relationship between anxiety and burning, tingling, numbness, pins and needles in the mouth symptoms.

This burning, tingling, numbness, or pins and needles feeling can affect your mouth, lips, gums, palate, throat, tongue, or all of them at once.

This symptom can be a burning feeling and then change to a numbness and tingling feeling. It can also change back and forth between the various symptoms or can all occur simultaneously.

This symptom can have several different patterns. For example, it can occur every day with mild symptoms upon waking but becoming more severe throughout the day. Or symptoms can start immediately upon waking up and persist throughout the day. Or symptoms can persist with no letup or fluctuation regardless of the time of day. Or they can occur erratically or subside for many days then return.

Overall, burning, tingling, numbness, and pins and needles in the mouth symptoms can:

All the above combinations and variations are common.

This symptom can seem more noticeable when undistracted, resting, trying to sleep, or when waking up.

When burning in the mouth symptoms are solely caused by anxiety and stress, it’s commonly referred to as Burning Mouth Syndrome.[1][2] Here are some of the most common ways anxiety and stress can cause this symptom:

Anxious behavior activates the stress response, causing many body-wide changes that give the body an emergency “boost” of energy and resources when we believe we could be in danger.

Visit our “Stress Response” article for more information about its many changes.

Some of the stress response changes include:

This combination of changes can affect how the mouth feels, including causing the sensations associated with this symptom.

Many anxious people experience inside the mouth symptoms and feelings due to an active stress response.

As long as the stress response is active, it can create any of the symptoms mentioned inside the mouth.

However, when stress responses occur too frequently, such as from overly apprehensive behavior, the body can’t recover.

Incomplete recovery can leave the body in semi-stress response readiness, which we call “stress-response hyperstimulation” since stress hormones are stimulants.

Hyperstimulation can cause this symptom in many ways. Here are a few examples:

The body’s nervous system, which includes the brain, is a two-way communication network that connects the brain to virtually every part of the body.[7]

The nervous system accomplishes this communication with specialized cells called “neurons” (nerve cells) that communicate using an electrochemical process - the combination of electricity and chemistry.

Neurons transmit information to the brain by receiving then passing nerve impulse information (electrical impulses) from neuron to neuron along a long chain of neurons (the nervous system network) until it reaches the brain, where it is interpreted.

For example, when a nerve impulse is received from one of our senses, as when we touch something hot, the nerve endings in the dermis layer of the skin relay this nerve impulse information from neuron to neuron through the nervous system network to the brain. 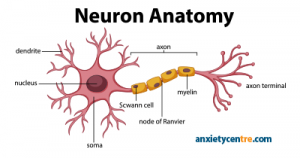 Because the nervous system is a ‘two-way’ communication network, once the brain has interpreted this information – for example, senses that the thing we are touching is hot, it then sends nerve impulse information back through the nervous system network to a specific muscle group so that the muscles react, and in this case, remove the affected skin from the source of the heat, protecting it from harm. This communication and reaction occur quickly.

This system of communication works efficiently and effectively when the body and nervous system are healthy. However, problems can occur when the nervous system and sense organs become hyperstimulated.[6][8][9]

For example, because of their electrochemical properties, neurons are particularly sensitive to stimulation. When they become hyperstimulated, they can act erratically, causing the misreporting of nerve impulse signaling to the brain. These anomalies can create many unusual sensory-based sensations and symptoms, including symptoms inside the mouth.

As long as the body and nervous system are slightly hyperstimulated, they can exhibit many odd sensations and symptoms, including those inside the mouth.

Chronic stress (hyperstimulation) can also lead to gingivitis, which can also cause odd sensations inside the mouth.

Other factors can create stress and cause anxiety-like symptoms, as well as aggravate existing anxiety symptoms, including:

When other factors cause or aggravate this anxiety symptom, addressing the specific cause can reduce and eliminate this symptom.

Keep in mind that it can take up to 20 minutes or more for the body to recover from a major stress response. But this is normal and needn’t be a cause for concern.

When hyperstimulation (chronic stress) causes burning, tingling, numbness, pins and needles, and other odd sensations inside the mouth, eliminating hyperstimulation will end these symptoms.

You can eliminate hyperstimulation by:

As the body recovers from hyperstimulation, it stops sending symptoms, including this one.

Symptoms of chronic stress subside as the body regains its normal, non-hyperstimulated health.

However, eliminating hyperstimulation can take much longer than most people think, causing symptoms to linger longer than expected.

As long as the body is even slightly hyperstimulated, it can present symptoms of any type, number, intensity, duration, frequency, and at any time, including symptoms inside the mouth.

Even so, since this symptom is a common symptom of stress, including anxiety-caused stress, it's harmless and needn't be a cause for concern. It will subside when unhealthy stress has been eliminated and the body has had sufficient time to recover. Therefore, there is no reason to worry about it.

Addressing the reason for lingering symptoms will allow the body to recover.

Most often, lingering anxiety symptoms ONLY remain because of the above reasons. They AREN'T a sign of a medical problem. This is especially true if you have had your symptoms evaluated by your doctor, and they have been solely attributed to anxiety or stress.

Since worrying and becoming upset about anxiety symptoms stress the body, these behaviors can interfere with recovery.

Passively accepting your symptoms – allowing them to persist without reacting to, resisting, worrying about, or fighting them – while doing your recovery work will cause their cessation in time.

Acceptance, practice, and patience are key to recovery.

Since the body can take a long time to recover from hyperstimulation, it's best to faithfully work at your recovery despite the lack of apparent progress.

However, if you persevere with your recovery work, you will succeed.

These will bring results in time.

Remember: Focusing on your sensations and symptoms makes them more pronounced. If you'd like to lessen their impact, learn to focus your attention elsewhere through distraction, enjoying your hobbies, undertaking pleasing and calming activities, regular deep relaxation, and by recalling pleasant memories or experiences.

Unidentified and unaddressed underlying factors cause issues with anxiety. As such, they are the primary reason why anxiety symptoms persist.[10][11][12]

Addressing your underlying factors (Level Two recovery) is most important if you want lasting success.

If you want to achieve lasting success over anxiety disorder, any one of our recommended therapists would be a good choice.

Typically, working with an experienced therapist is the only way to overcome stubborn anxiety.

In an online poll we conducted, 47 percent of respondents said they had burning, tingling, numbness, pins and needles, and other in the mouth anxiety symptoms.

NOTE: Other common causes of this symptom include allergies or allergic reactions; stomach irritation; drinking too many acidic drinks; or over brushing your teeth.

Some people find that eating less spicy foods, avoiding acidic foods, and drinking more fluids can help lessen this symptom in the short-term.

anxietycentre.com: Information, support, and therapy for anxiety disorder and its symptoms, including burning, tingling, numbness, pins and needles, and other odd sensations in the mouth anxiety symptoms.

My experience with the Anxiety Centre and Stacey Ellertson was life changing. I can’t thank him enough for the support and help he gave me during a difficult stage of my life.
Daniel R., USA