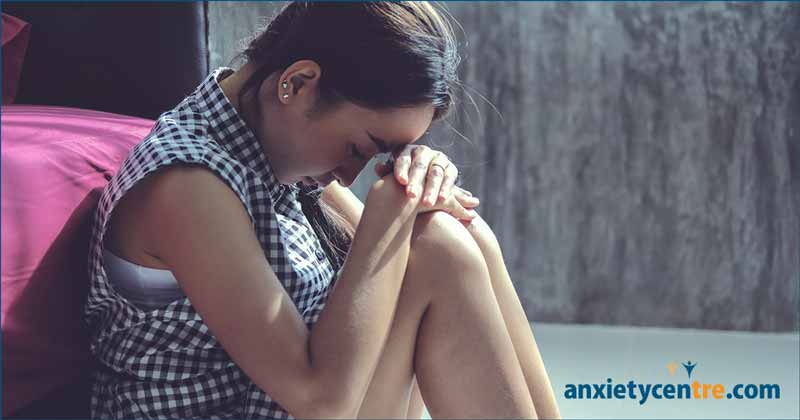 If anxiety isn’t a medical condition, why can anxiety may you feel so sick?”

Many of us at anxietycentre.com have asked the same question when we were struggling with anxiety disorder.

For example, the stress response:

For more information about the many physiological, psychological, and emotional changes, visit our “Stress Response” article.

Because of the dramatic changes caused by a high degree stress response, we can feel ill while the stress response is active. Many people feel ill, and even vomit, soil themselves, shake uncontrollably, and can’t think straight when greatly afraid.

These strong feelings subside, however, as the stress response ends and the body uses up or expels the remaining stress hormones.

When stress responses occur infrequently, the body can easily manage these changes because they are temporary and quickly resolve after the stress response has ended.

When stress responses occur too frequently, however, such as from overly apprehensive behavior, the body can’t complete its recovery. Incomplete recovery can cause the body to remain in a state of semi stress response readiness, which we call “Stress-Response Hyperstimulation” since stress hormones are powerful stimulants.[3][4][5]

And many, many other chronic symptoms.

Hyperstimulation can also cause the nervous system to act erratically and more involuntarily than normal. This erratic behavior can cause all sorts of sensory symptoms, such as issues with touch, taste, hearing, sight, smell, and balance.

Visit our “Anxiety Disorder Symptoms” article for a comprehensive list of anxiety symptoms.

Furthermore, if we were to focus solely on hormonal changes, they alone can cause profound changes and problems due to the chronic activation of the stress response.

For example, the Encyclopedia Britannica once stated:

A hormone is an organic compound (often a steroid or peptide) that is produced in one part of a multicellular organism and travels to another part to exert its action. Hormones regulate physiological activities including growth, reproduction, and homeostasis in humans.  Most human hormones originate in specialized tissues and are carried to their targets through the circulation. Among the many mammalian hormones are ACTH, sex hormones, thyroxine, insulin, and epinephrine.

For up-to-date information, visit the Encyclopedia Britannica’s “Hormone” page for the many ways hormones affect the body.[7]

Hormones are responsible for the regulation of many of the body’s functions. Furthermore, they perform their tasks, for the most part, all by themselves.

Hormone: A secretory substance carried from one gland or organ of the body via the bloodstream to more or less specific tissues, where it exerts some influence upon the metabolism of the target tissue. Normally, various hormones are produced and secreted by the endocrine glands, including the pituitary, thyroid, parathyroids, adrenals, ovaries, testes, pancreatic islets, certain portions of the gastrointestinal tract, and the placenta, among the mammalian species.

As lack of any one of them may cause serious disorders, many hormones are now produced synthetically and used in treatment where a deficiency exists. The hormones of the anterior pituitary include thyrotropin ,prolactin, adrenocorticotropic hormone, the gonadotropic hormones, and growth hormone; the posterior pituitary secretes oxytocin, and vasopressin, also known an arginine vasopressin (AVP) or antidiuretic hormone (ADH).

The thyroids secrete thyroxine and calcitonin, and the parathyroids secrete parathyroid hormone. The adrenal medulla secretes epinephrine and norepinephrine while the cortex of the same gland releases aldosterone, corticosterone, cortisol, and cortisone. The ovaries primarily secrete estrogen and progesterone and the testes testosterone. The adrenal cortex, ovaries, and testes in fact produce at least small amounts of all of the steroid hormones. The islets of Langerhans in the pancreas secrete insulin, glucagon, and somatostatin. The kidneys also produce erythropoietin, which produces erythrocytes (red blood cells). The passage of chyme (see digestive system) from the stomach to the duodenum causes the latter to release secretin, which stimulates the flow of pancreatic juice. The duodenum can also be stimulated by the presence of fats in the chyme to secrete cholecystokinin, a hormone that stimulates the gall bladder to contract and release bile. There is evidence that the upper intestine secretes pancreatozymin, which enhances the amount of digestive enzymes in the pancreatic juice. In addition, the pyloric region of the stomach secretes gastrin, a hormone that increases the secretion of hydrochloric acid into the stomach. The placenta has been shown to secrete progesterone and chorionic gonadotropin. There is evidence that it even contains a substance similar to growth hormone.

As you can see, hormones ARE powerful! The stimulation or fluctuation of a hormone can dramatically affect how we feel.

As well, hormones can affect the production of other hormones. Therefore, it’s reasonable to believe that something as simple as the chronic activation of the stress response can make the body and mind feel sick.

That’s not all. Periods of chronic stress are commonly followed by illness or flu because stress hormones suppress the body’s immune system making the body more vulnerable to pathogen invaders.

The next time you wonder if anxiety can really make a person feel sick, your answer should be, “YES, IT CAN. And for many reasons!”