Can depersonalization affect how alcohol affects the brain? 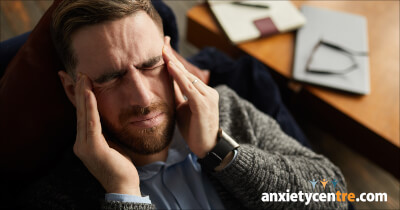 Can depersonalization affect how alcohol affects the brain?

When I have a glass of wine or beer, which is very rare, I don't feel the effects of it. Usually, I can drink a few sips and feel a little buzz take effect immediately. But now, because of my depersonalization, I feel nothing. Can depersonalization affect how alcohol affects the brain?

Hyperstimulation (chronic stress) has an adverse effect on the body’s nervous system, which includes the brain.

When the nervous system becomes hyperstimulated, it can act erratically and more involuntarily than normal.

This erratic and more involuntary behavior can skew sensory, cognitive, and emotional information.

Hyperstimulation also changes how the brain functions within itself, causing numerous perception and cognitive “disconnects.”

These factors can alter how we experience stimuli, including the effects of recreational drugs, such as alcohol.

I also experienced something similar when I was struggling with anxiety disorder.

When I drank alcohol, I barely noticed any effects of it in the first hour or so. But as I continued to drink, the effects became more pronounced yet they were still far less than they normally would have been.

So I, too, noticed a reduction in the effects of alcohol when I struggled with anxiety disorder.

Other members and therapy clients have noticed a similar effect with alcohol, and some also have commented about similar experiences with other recreational drugs, such as marijuana.

For example, they noticed that marijuana didn’t have the same effect on them when they were struggling with anxiety. They found that the effects of marijuana were far less noticeable.

Some had also said they had more negative experiences with marijuana when they were anxious or stressed.

Consequently, anxiety and hyperstimulation can alter our response to stimuli, including recreational drugs.

While you might feel more relaxed when consuming alcohol, it’s alcohol’s after-effects that cause the problems.

Again, while in recovery, we recommend avoiding alcohol until the body has returned to normal, non-hyperstimulated health.

anxietycentre.com: Information, support, and therapy for anxiety disorder and its symptoms, including the anxiety question: Can depersonalization affect how alcohol affects the brain?