Can a panic attack cause symptoms 24x7? 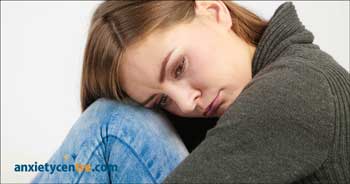 I had a panic attack or an anxiety attack about four months ago. The day after the attack, I began to get the symptoms of dizziness, out of balance, headaches, weak body, head pressure, vision problems, etc. I’ve had these symptoms since then. Sometimes, I go days or even weeks without feeling anxious but the symptoms are still there. I have to go to the doctor and have him check me out, MRIs, bloodwork, etc.

For a month and a half, I kept searching online for the causes of the symptoms. Can a single attack bring on all those symptoms, or do they generally come on gradually?

First, it’s always a good idea to discuss your anxiety symptoms with your doctor to rule out a medical cause. So, it’s good that you are going to do that.

Second, the symptoms you mentioned (dizziness, out of balance feeling, headaches, weak body, head pressure, and vision problems) are common symptoms of anxiety. You can learn more about each symptom by clicking on their respective link.

Third, anxiety symptoms can appear in a number of ways, such as:

All of the above are common.

When we’re anxious, the body activates the stress response, also known as the fight, flight, or freeze response.[1] The stress response causes many body-wide changes that give the body an “emergency boost” of resources when we think we are in danger – so that we can fight or flee (some people freeze when they sense danger, like a “deer caught in headlights”).[2]

Panic attacks are high degree stress responses that can produce many strong body-wide changes. These changes can instantly produce symptoms.

In this case, a panic attack can cause immediate symptoms.

Anxiety symptoms gradually appear prior to the panic attack

When we’re anxious every once and a while, the cumulative effects of stress aren’t significant so the body doesn’t become overly stressed and symptomatic. When we’re frequently anxious, however, stress can increase. As stress builds, the body can begin to present symptoms.

Overly anxious behavior is a common cause of a build-up of stress that, overtime, can create symptoms.

Furthermore, the gradual build-up of stress is a common cause of involuntary panic attacks – when panic attacks are caused by chronic stress and not by behavior.

In this case, symptoms can gradually appear and might have been the cause of your panic attack.

This is a common scenario among anxiety disorder sufferers. They don’t feel too bad until they have their first anxiety or panic attack. Then, they have an immediate increase in symptoms after the attack has ended due to the stress of the attack.

In this case, the stress caused by the anxiety or panic attack was sufficient to keep the body stressed and present chronic symptoms.

If your body wasn’t chronically stressed before the anxiety or panic attack, and your anxious behavior started the attack, the stress from the attack might not have been enough to increase the body’s overall level of stress to the point of it creating symptoms after the attack ended.

However, many people become distressed about the attack and worry about it and if it will happen again. This worry increases stress.

If you were concerned about your attack and that concern stressed your body, your worry might have been sufficient to stress the body enough to gradually begin presenting symptoms.

In this case, it was the combination of the stress from the attack and your worry that pushed your body’s level of stress into the range when it began gradually presenting symptoms after the attack.

Based on your comments, once you became symptomatic, your concern about your symptoms, as indicated by your constant checking online, could have increased your stress to the point of hyperstimulation. And then,  hyperstimulation caused the continuation of your symptoms.

This may have been the reason why you had symptoms even though you didn't feel anxious at the time.

Fortunately, symptoms of stress aren’t harmful. Yes, they can be disconcerting and bothersome, but they aren’t an indication of a serious medical or mental health problem. They are merely indications of stress.

I encourage you to stop worrying and work at reducing your stress. In time, you should see your symptoms subside. In the meantime, passively accept your symptoms and remain patient as you work at eliminating hyperstimulation.

If you are having difficulty containing your worry, you might want to connect with one of our recommended anxiety disorder therapists to help you learn that important skill. Containment is vital for long-term success over troublesome anxiety and its symptoms, as uncontained worry will continue to keep your body stressed and symptomatic. Containing your worry will give your body the necessary time to recover

2. For more information about all of the body-wide changes caused by the stress response, visit our "Stress Response" article.